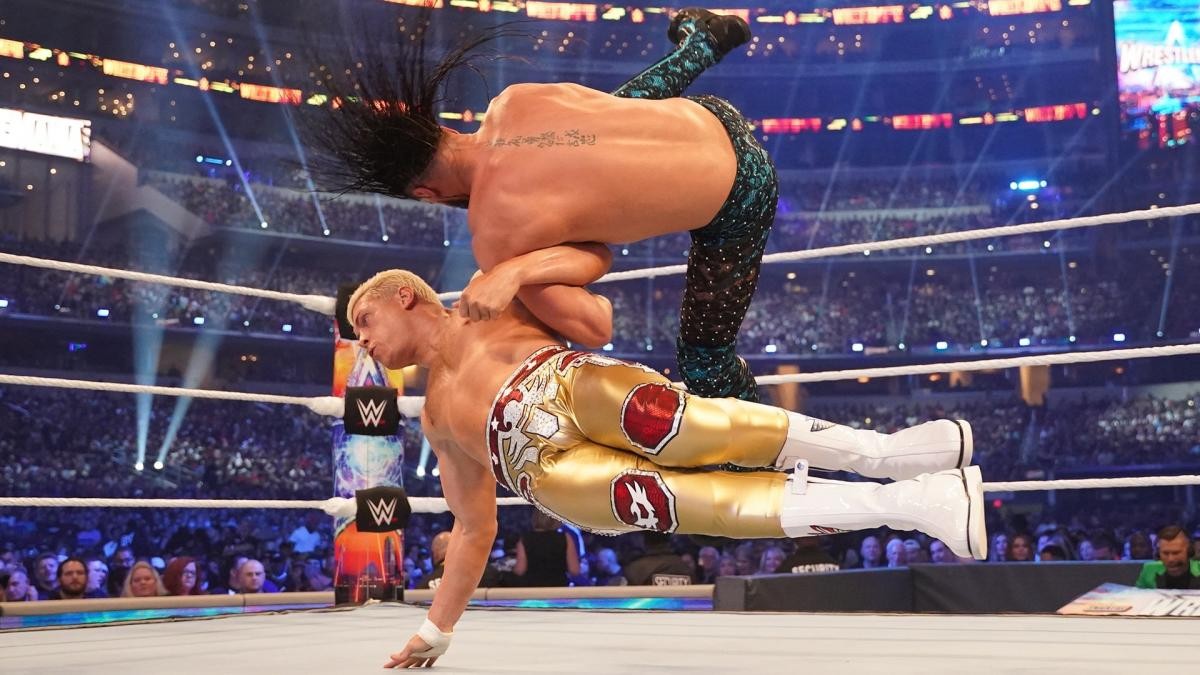 The rivalry between Cody Rhodes and Seth Rollins started at WrestleMania 38. Rhodes made his emphatic return to the WWE ring as a surprise opponent for Seth Rollins. Rhodes emerged victorious in his WWE return, beating Seth Rollins in what was a treat for wrestling fans around the world.

However, it looks like a rematch is on the cards. Rollins complained in the following episodes about not being ready to take on Rhodes and demanded a rematch at WrestleMania Backlash. Much to the approval of WWE fans, Rhodes accepted the challenge, and both the Superstars are set to face each other once again at WrestleMania backlash next month.

Cody Rhodes gets the better of Seth Rollins again

In Saturday’s Main Event, RAW superstar, Seth Feaking Rollins faced off against Cody Rhodes. Many viewers said that the fight was on the same level that they saw at WrestleMania 38. This is the second time that Cody Rhodes got the better of Seth Rollins.

The match ended with Cody pinning Rollins to the referee’s count. Rhodes landed three back-to-back CrossRhodes before pining Seth Rollins. After the match, he was seen celebrating with his fans and signing autographs. Cody Rhodes appreciated all the fans and staff members that made the show possible.

Rise of Cody Rhodes in the WWE

This was the fourth match for Rhodes after returning to WWE. In his first match, he defeated Seth Rollins at WrestleMania 38. He then went on to beat Kevin Owens on RAW. His amazing streak continued as he defeated The Miz on RAW as well.

In his most recent and fourth match, Rhodes pinned Rollins in SmackDowns main event. But the rivalry is not over yet. Cody Rhodes and Seth Rollins are going to settle this on WrestleMania Backlash.

The downfall of Seth Freaking Rollins ahead of WrestleMania Backlash

Seth Rollins suffered his second loss to Cody Rhodes in a dark match. Rollins is going to face Rhodes at WrestleMania Backlash again. But with two losses already under his belt against Rhodes, it can cause some real psychological damage to Rollins.

The fans are very excited to see the match between these two superstars. Cody is on a winning streak at the moment after returning to WWE. He also pinned Rollins twice which is a big confidence boost for him. On the other hand, Rollins has suffered two straight losses to Cody. Will Seth Rollins bounce back and beat Cody Rhodes at WrestleMania Backlash?

5 WWE Superstars Who Went From Professional Wrestlers to WWE Producer