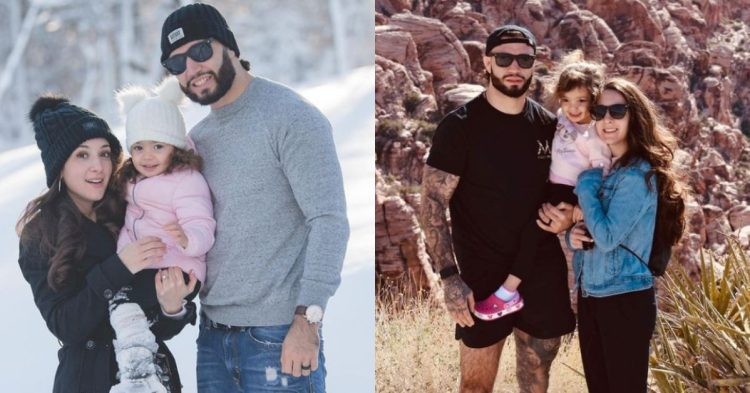 Shane Burgos has cemented his position as one of the most exciting and entertaining fighters in the history of UFC. The UFC featherweight continues to put up incredible performances inside the Octagon and has managed to win the hearts of fight fans around the world regardless of the wins and losses to his name.

Burgos is a relentless fighter, who will not back down from a slugfest. He is exciting to watch, and his toughness inside the Octagon never fails to impress the fight fans. While a ferocious fighter inside the cage, Burgos carries a generous and quiet personality outside of it.

Who doesn’t want to know about their favorite fighter’s personal life and what they do outside of the Octagon? Today, let’s learn a little more about Shane Burgos and his personal life.

Shane Burgos is married to Veronica Burgos (formerly Veronica Libutti). Burgos and Veronica have been together since April of 2012, marking more than 10 years of a blissful relationship.

Despite the 10+ appearances inside the UFC Octagon, Burgos hasn’t really been spotted alongside his wife. The UFC featherweight likes to keep his personal life private and shies away from the limelight and attention that comes with being a UFC fighter.

More recently, he took to Instagram to share a throwback photo with Veronica, with the caption that spoke volumes about his love and respect for Veronica Burgos.

Shane Burgos and Veronica Burgos are blessed with two adorable kids. Daughter Avery was born on February 27, 2017. Burgos never fails to share the incredible moments he spends with his daughters, and his social media account is testimony to the same.

Shane Burgos and Veronica Burgos were blessed with their second child Grace Burgos on April 27, 2021. Earlier this year, Burgos shared some amazing memories with her youngest daughter on social media on the occasion of her first birthday.

The Burgos family is one happy family. A true gentleman outside the Octagon, and a Hurricane inside the cage, Burgos is, without a doubt, one of the most exciting fighters we have seen in a long time.