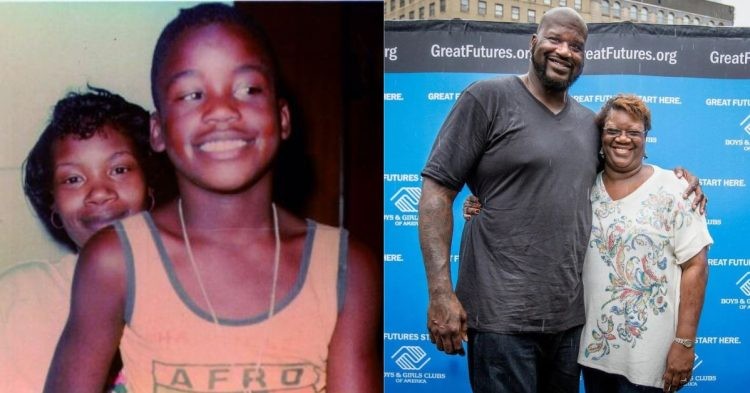 Shaquille O’Neal or just Shaq is a well-known name across the world. He is one of the greatest and most unstoppable NBA centers we have ever seen and has had quite the accoladed career. The 4x NBA champion shared why he was named Shaquille and what the origin and meaning behind this name were.

Almost every name in the world has some form of symbolism and meaning. It could be derived from the bible or any other kind of religious text. Yet, the name Shaquille is rare and comparatively unheard of. Thus, we should want to know the reasoning behind naming him so and the context of all of it.

Shaquille O’Neal and his mother faced adversity from the start

NBA fans who are well aware of Shaq’s personal life and life before he joined the league know that he was disconnected from his birth father for many years. The stories he has told us where he references his father are actually his stepfather Philip Harrison. Thus, not all of us know the struggles he and his mother went through during the early years.

Lucille O’Neal had the difficult challenge of raising a young child largely by herself while being scrutinized by her family and society. Shaq revealed what they went through and when he first questioned the meaning behind his own name.

“My mother is my best friend. My mother had me when she was very young. Her mother was so religious that when she had me out of wedlock my family kind of turned a cold shoulder. So we were alone for a while you know just going from place to place. So one day I finally asked my mother, I said you know we have Brians and Kennys and Mikes and Gregs in our family. Why did you name me Shaquille?”

This was quite introspective of the young Shaq who already knew his name was special from the very beginning. He revealed what his mother told him when he asked her this question.

“And she said I wanted to name you something that meant something. My name is Shaquille Rashaun O’Neal. Shaquille is an Islamic name, it means little. Rashaun means warrior. She said you’re my little warrior. I fought with you I fought for you.”

Quite a heartwarming story and it shows how much Lucille loved her son from the very beginning. Thus, it is no surprise that Shaq thinks taking care of her needs and comfort is still his top priority in life.
Tags: NBAShaquille O'Neal
Previous Post