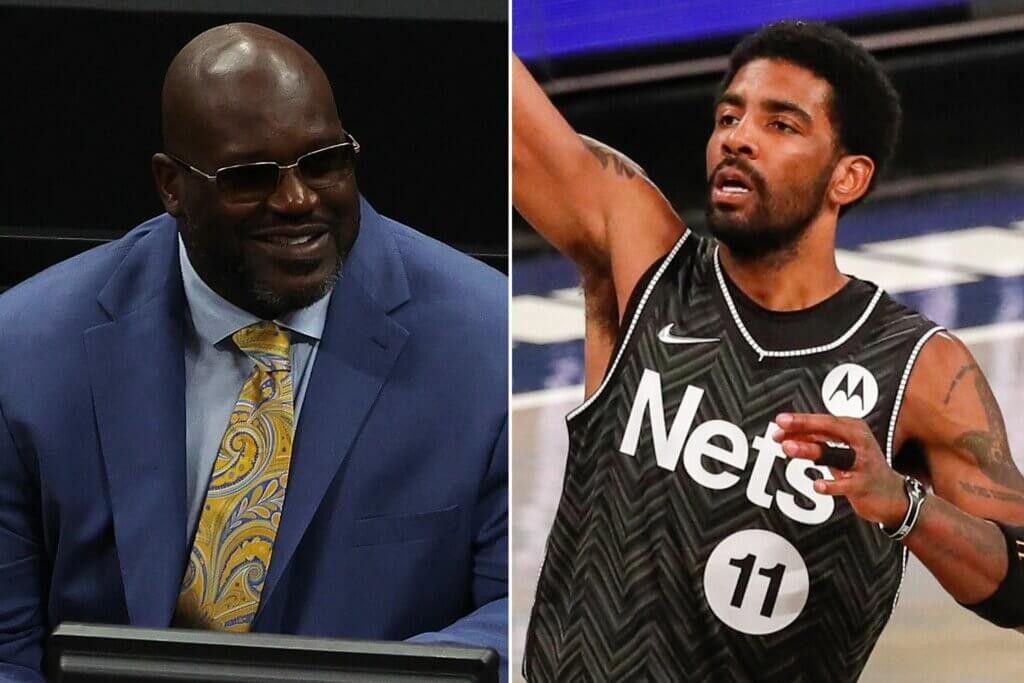 Brooklyn Nets guard Kyrie Irving is known to have controversial opinions and does not bow down to media pressure. To some extent his excellent basketball skills make up for his unprofessional behaviour in certain situations, however, this time he may have crossed all limits.

Kyrie Irving has shown reluctance to share his vaccination status and reportedly refused to get vaccinated altogether. This puts the Brooklyn Nets in a tough situation at NYC mandates complete vaccination if he intends to play in any of the home games. Nets amassed a star-studded roaster through brilliant trades and free agency signings. The Kevin Durant, James Harden, and Kyrie Irving ‘Big 3’ is formidable for any team in the league.

Although the big 3 was unable to play a significant no. of games in the 2020-21 season due to injuries they put the league on alert by clinching second seed without their entire roster through the season. They have serious championship hopes for the 2021-22 season which is set all set to begin on 19th October. But without Kyrie Irving in half of their regular-season games and playoffs games, their invincibility will be seriously doubted.

Also Read: Kyrie Irving and Bradley Beal Among the Players Who Could Miss 2021-22 NBA Season

4x champion Shaquille O’Neal never shies away from calling out current NBA players. Last season he was after Rudy Gobert and Donovan Mitchell for petty reasons. Although this time, he may be right by calling out Kyrie Irving publically.

“I would go upstairs and say, ‘Get him up out of here’. We can win with a two-punch and a great shooter and some rebounders like we got. Get his ass up out of here.”

"I would go upstairs and say 'get (Kyrie) up out of here. Get him outta here'… Whoever owns the Nets, get his ass up outta here"@SHAQ says #nets have to trade #kyrie if he doesn't get vaccinatedhttps://t.co/aYyuIQ35js pic.twitter.com/MHV4LtFdCs

He believes Brooklyn Nets should get rid of Kyrie Irving altogether if he insists on not getting vaccinated after all the serious repercussions the team could face. Charles Barkley and Shaq have been critical of Irving’s distaste for media days and leaves without notice since the last season. Irving missed close to 20 games in the 2020-21 season and half the time neither the management nor his teammates knew where he was.

This sort of behaviour according to Shaq is inappropriate for a public figure. He expressed that Kyrie has a right to have his own opinions but they should come at the cost of the Brooklyn Nets’ chances of winning the 2021-22 NBA title. Irving could lose up to $17.5 million from the $200 million contract he signed in 2019. Shaq believes it’s a players duty to engage with the media however ridiculous it might be and adhere to protocols set in place by the NBA.

Throughout the 2020-21 season, Kyrie Irving showed hits of reckless behaviour and Brooklyn Nets did nothing about it. He missed a total of 18 games in the regular season and most of them were without notice. In January this year, despite the pandemic he celebrated his father’s birthday in a crowded place that was completely against NBA’s covid protocols. In addition, he did not inform his teammates or the management about his absence. 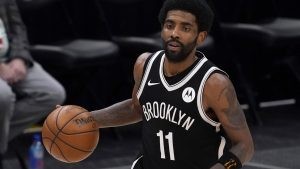 Kevin Durant and coach Steve Nash were completely clueless when asked about Kyrie missing 2 straight games. He missed several games due to health and safety protocols which put the team in jeopardy.

He also expressed the wish to miss the media day that happens prior to the start of the season in 2020. However, in the end, he attended the event after severe backlash from fans and media members.

Brooklyn Nets are set to face defending NBA champions Milwaukee Bucks on opening night. It is an away game for Brooklyn Nets so Kyrie Irving might get a chance to play. He missed the crucial playoff series against the bucks in the conference semi finals last year which ultimately led to the Nets being knocked out of the playoffs. James Harden and Kyrie Irving were injured but Kevin Durant played like the superstar he is.

If they plan on avenging that series they definitely need Kyrie Irving in home games.

Also Read: Stephen A Smith says Kyrie Irving could have been traded to the Sixers