Shareef O’Neal, Scotty Pippen Jr., Jonathan Kuminga and Other Top NBA Players Who Will Play in the NBA Summer League 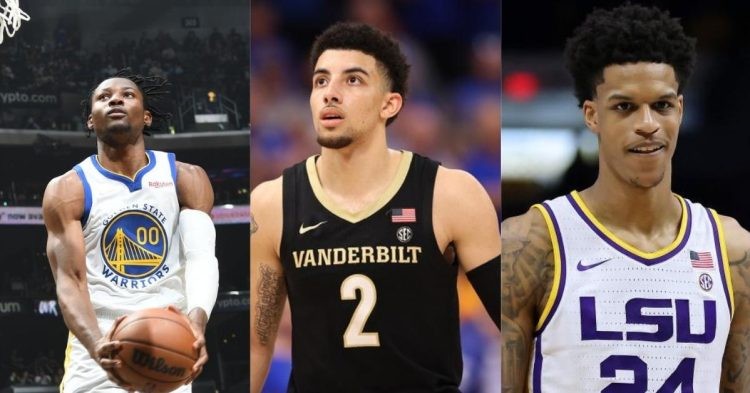 NBA Summer League plays a huge role each year. It gives the new rookies a platform to show the fans what they are capable of. On the other hand, it gives undrafted and overlooked players a chance to prove themselves and make it onto an NBA team.

Congrats to all the Draftees!

We will see you at NBA Summer League. #NBADraft2022 pic.twitter.com/GWDqUGNVoq

This year it is shaping up to be an exciting event with a lot of big names attached to it.

First off, there are the obvious players who will be looking to make an impact this year. We have Paolo Banchero, Chet Holmgren, and Jabari Smith, the top three picks from the 2022 NBA Draft. Look out for some potential big games out of these 3 rookies during the Summer League.

Apart from them, we actually have some special players this year. We have Shareef O’Neal, Shaq’s eldest son who will be lacing up for the Lakers during the summer league this year.

Shareef O’Neal has agreed to play in NBA Summer League with the Los Angeles Lakers 👀 pic.twitter.com/84mp5WFe2D

Another son of a legend, Scotty Pippen Jr. will also be lacing up for the Lakers this year after they signed him to a two-way contract shortly after the draft.

Another notable pick-up was made by the Raptors. Alex Barcello averaged a 3pt% of 42.9 on 500+ attempts throughout his college career and will be lacing up for the Raptors during Summer League this season

Ryan Rollins, Moody, PBJ, Kuminga, and Wiseman finna pull up to the summer league like: pic.twitter.com/a3RjlvpOos

Lastly, you have to look out for Jonathan Kuminga, he will be participating in the summer league just days after winning the NBA Championship. Look forward to some highlights from the Warriors’ human helicopter. James Wiseman and Moses Moddy will also be a part of the Warriors Summer League team.

The fans are looking forward to some exciting stories and good basketball from the Summer League this year.