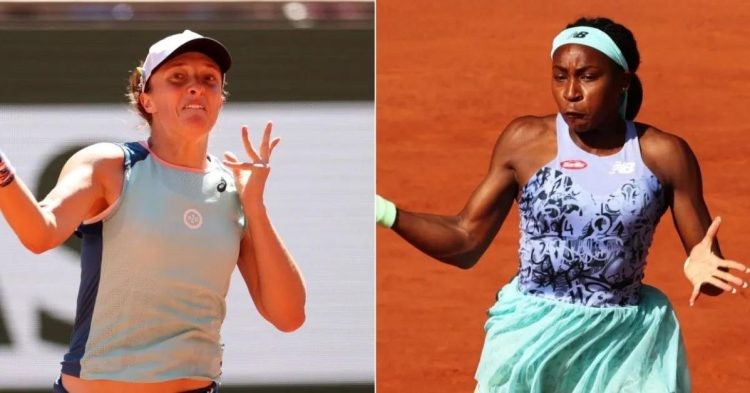 Iga Swiatek is currently the force to reckon with in women’s tennis. The Polish tennis player recently won the French Open which marked her first grand slam title. However, what is interesting to note is the fact that she beat the teenage sensation Cori Gauff to claim the title.

18-year-old Cori shot to fame at the age of 15 when she beat Venus Williams in Wimbledon 2019. Since then, her career graph has gone only upwards. Swiatek, who is the current world number one, is optimistic that Cori will win many grand slams in the future.

https://t.co/LnzKGO7KJL Iga Swiatek: “Cori Gauff can win a Grand Slam”: Net of the overwhelming result, however, Swiatek could not fail to recognize the qualities of her opponent, who according to her is destined to win a Major very soon https://t.co/Uh02Dv6NsK pic.twitter.com/hrUOQD41yd

Swiatek feels Cori is destined to win at least one slam considering the way she plays at such a young age. Moreover, she said, “I am pretty sure that one day she will come here and win a Grand Slam because I feel she was raised to do it.”

Swiatek was generous in showering praise on her French Open finalist. She feels Cori will eventually dominate the world of tennis as she is learning faster than her counterparts. Furthermore, the Polish star said, “I am pretty sure that one day she will come here and win a Grand Slam because I feel she was raised to do it.”

The French Open final between the two was a pretty one-sided affair. While Cori is generally impressed with her play, she could not match the level of Swiatek. The American teenage prodigy lagged behind in the match and eventually lost the game 6-1, 6-3.

Currently, both Swiatek and Cori are gearing up for the Wimbledon. The oldest and the most prestigious grand slam will commence on 27th June. Cori and Swiatek have not gone beyond the fourth round at the All England Club. They will give their best to push their benchmark this year.

Cori is also thinking of playing the mixed doubles this year. However, she is yet to choose her partner and is weighing all her options. On the other hand, Swiatek will focus solely on the singles event.