The president of the UFC said he enjoyed the main event fight between Marina Rodriguez and Mackenzie Dern. ” I thought it was a great fight,” said Dana. Mr. White complimented Rodriguez for her performance that night and said she did what she had to do to win the fight against Dern. According to Dana, both the fighters showed great abilities and both were awesome.

When asked about the potential fight between Marina Rodriguez and Joanna Jędrzejczyk, Dana seemed highly interested in it. ” That is a fun fight, I don’t disagree,” said Dana.

White expressed his admiration towards Jędrzejczyk and said he always had a good relationship with Jędrzejczyk. “She is very rich and living her best life…. she’s taking fights that really excite her “, said Dana on Jędrzejczyk’s octagon return. Dana also explained that he doesn’t know whether the fight with Rodriguez will excite Jędrzejczyk and would like to ask her about it.

Joanna Jędrzejczyk is a potential opponent for Marina Rodriguez:

Rodriguez (15-1) has shown time and time what she is capable of doing inside the octagon. She recently got her third consecutive win by defeating Dern at UFC Fight Night: Dern vs Rodriguez. As she made her return to the strawweight division, taking on a good opponent will help her to be in a good position in the division and eventually get a title shot. 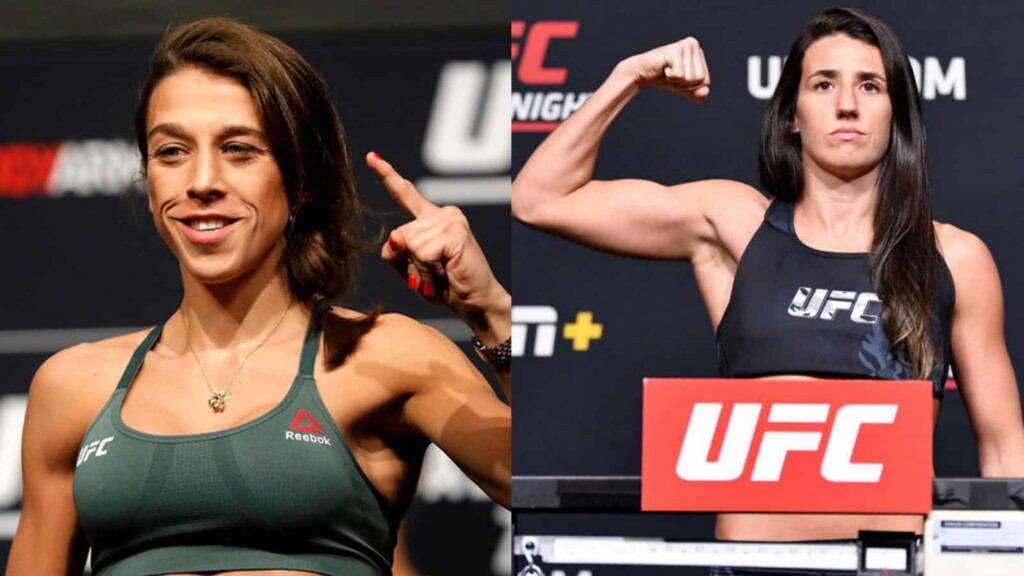 For Rodriguez, Joanna(16-4) will be a good choice of opponent in the future. Even with style both the fighters make a good match-up and could put on a good show. While at the post-fight press conference, Rodriguez took a dig at Joanna accusing her of running away and not fighting her.

According to Marina, Joanna should be removed from the UFC’s list of top 15 strawweight rankings. ” If she doesn’t want to fight me then I don’t want to fight her too. The problem is she is holding a very important spot“, said Rodriguez. However, Joanna has not given any official statement for Marina’s comment.