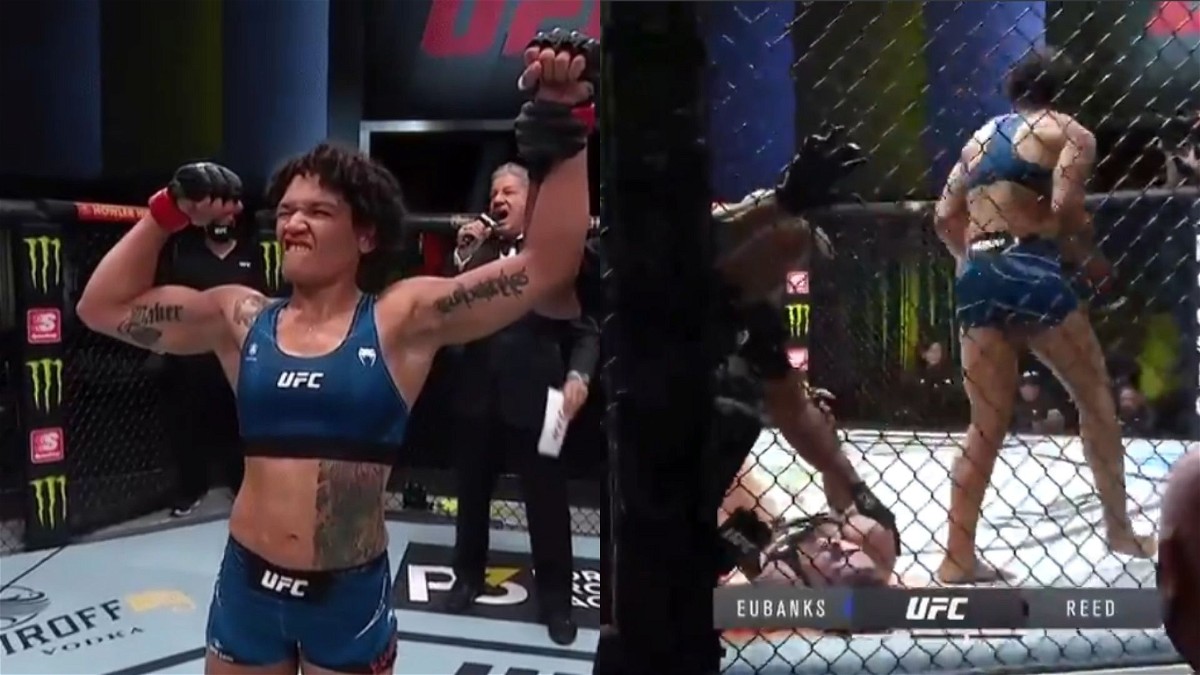 Sijara Eubanks stood true to her words as she made an emphatic return to the UFC’s flyweight division with a quick first-round stoppage win over Elise Reed in the preliminary card at UFC Vegas 32. Eubanks did waste too much time as she displayed her grappling prowess to take down Reed, and finished the fight from ground and pound position to secure her third straight win in the UFC’s flyweight division.

While it was her third straight win in the UFC’s flyweight division, the win against Reed also brought her back to the winning column after back-to-back losses to her name. Sijara Eubanks has shown great promise and holds notable wins over the likes of Julia Avila and Lauren Murphy. The latter fights for the championship belt at UFC 266 against Valentina Shevchenko for the flyweight title.

Eubanks has faced some tough competition in her MMA career, with names such as Aspen Ladd, Katlyn Chookagian, Bethe Correia, Roxane Modafferi on her resume.

It won’t be wrong to say that flyweight has always been her division, looking at her extremely dominant performance in the 125-pound weight category. However, it has been incredibly tough for Eubanks to make weight for her fights.

What’s next for Sijara Eubanks after a dominant win over Elise Reed at UFC Vegas 32?

Eubanks has already called out the likes of Jessica Andrade, Valentina Shevchenko, and Lauren Murphy ahead of the fight and it will be interesting to see what lies ahead of her going forward in her mixed martial arts journey. Sijara Eubanks has been quoted by many as a threat to the division, however, the fair share of ups and downs in her journey has made many write her off.

However, her dominant performance at UFC Vegas 32 shows that she has the potential, and should she maintain the same performance in her next few fights, there’s every reason to believe that she could get her chance at the title belt next. However, it will be easier said than done.

Vicious! Mickey Gall Submits Jordan Williams to Jump Back to the Winning Column at UFC Vegas 32