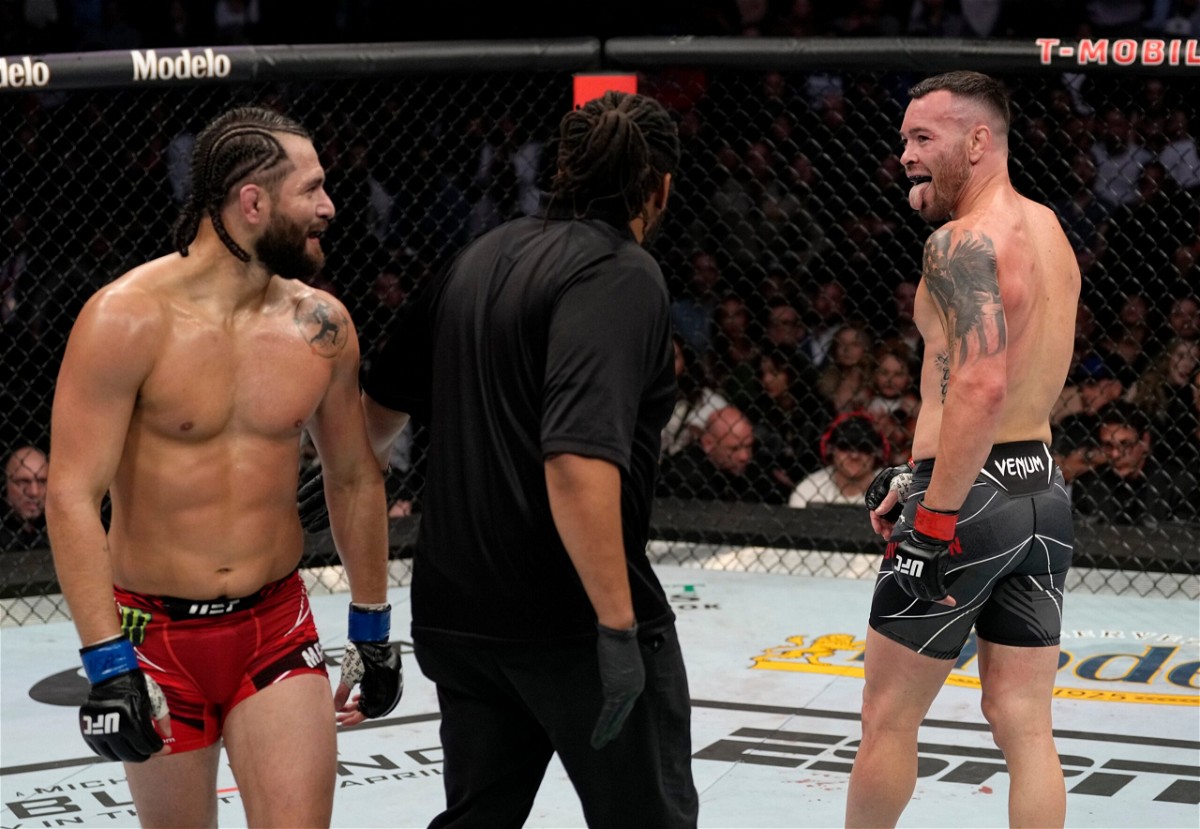 Covington vs Masvidal at UFC 272

Jorge Masvidal fell short against Colby Covington in the grudge match at UFC 272. The former interim champion Colby Covington picked up a comfortable unanimous decision win, in what was a dominant display of wrestling to once and for all, settle his rivalry with a former friend turned bitter rival Jorge Masvidal. While it’s safe to say that Twitter back and forth will follow, the record books are certainly going to remember Colby Covington for his win at UFC 272.

Jorge Masvidal interacted with Joe Rogan in the post-fight Octagon interview. Reflecting on the fight, Masvidal said, “I was off-beat with the wrestling. I need to wrestle harder.”

“Sorry to my kids, the only people I say sorry to. S*it my wrestling wasn’t there today, I was flat.”

Needless to say, this loss will be a bitter pill to swallow for Masvidal, who had several heated interactions with Colby Covington in the lead-up to the fight.

Jorge Masvidal is now 0-3 in his last three fights having lost two Kamaru Usman on the previous two occasions. It goes without saying, it puts Masvidal in a very tough situation and also brings to question his possibility at another shot at the welterweight gold.

It goes without saying, given the star power, Jorge Masvidal will not have any problem finding an opponent. A lot would depend on the result of a potential Kamaru Usman vs Leon Edwards title fight, where Masvidal could find himself facing the loser. The possibility of watching Jore Masvidal and Stephen Thompson in a rematch could also grab the attention of fight fans.

A rematch with Nate Diaz also makes sense, but a BMF rematch when both the fighters are coming off multiple losses might not really grab the attention of fight fans.