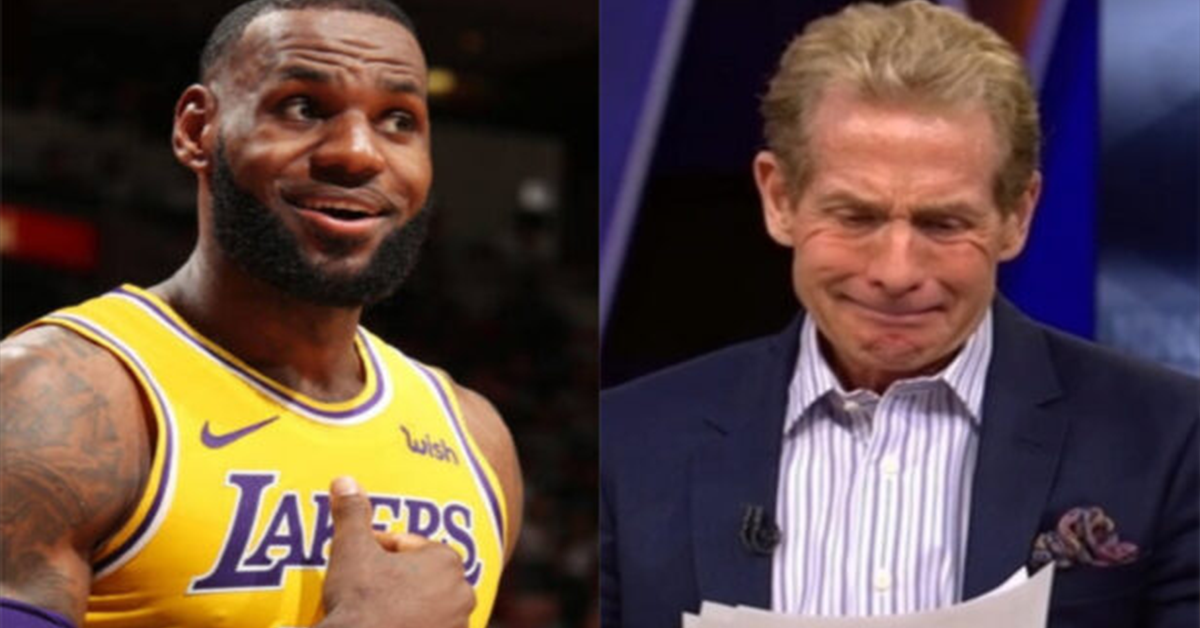 Renowned journalist Skip Bayless on his show, Undisputed had some things to say regarding Lakers all-star forward LeBron James. Skip was discussing LeBron James’ “Decision” to move to the Miami Heat in 2010. He was referring to a story where Paul Pierce and the Celtics in 2010 and 2011 considered LeBron to be ‘soft’. The Cavaliers lost to the Celtics in 2009 and was heavily criticised for his performance.

Skip feels the losses faced by LeBron in game 4, 5, 6 in both the 2008 and 2009 series questioned his ability to perform in the fourth quarter. Several stories came out which stated that there were several conflicts between Lebron and the team which invariably lead to the Miami move. Skip said,” I had no problem with the choice to do ‘The Decision’ on live national TV, but I had a big problem with how LeBron executed it. LeBron was cold-blooded. He had no gratitude for Cleveland having his back all those years.”

"What Ryan Hollins is saying is exactly what I kept saying all through this: LeBron was wildly, all time great talented, but I didn't see the mentally toughest 'real dude' in 4th quarters consistently."@RealSkipBayless on Celtics calling LeBron soft pic.twitter.com/sYIRrZZKmh

The ‘soft ‘comment made by Paul Pierce and the Celtics according to Skip disqualifies Lebron from the G.O.A.T debate. He says that none of Michael Jordan’s rivals could ever say such a thing. Skip Bayless has always believed that LeBron James isn’t on the same level as Michael Jordan. So on many occasions, Skip has said things regarding LeBron and his basketball ability.  He feels LeBron doesn’t have the ‘killer instinct’ like MJ or Kobe to close an important game.

Skip also tweeted that the addition of J.R. Smith to the Lakers could reunite LeBron with his favourite scapegoat. Skip is referring to the 2018 NBA finals incident against the Warriors. J.R. Smith took away the ball as he didn’t realise that the scores were level which pushed the match to overtime and resulted in the Cavaliers losing game 1. Eventually, the Cavaliers lost the finals. LeBron after this left Cleveland for the second time and moved to the Lakers. A similar situation can occur where JR and LeBron are sharing the court in the finals soon.

Looks like the "GOAT" is about to add his favorite scapegoat, J.R. Smith. Be careful, J.R.: If this sprint to the finish goes wrong, LeBron will point the finger at … YOU. Yet HE was the one who passed up a last shot over little Steph to pass to George Hill, then quit in OT.

Also read LeBron, Kawhi or Harden: Who needs an NBA title the most?