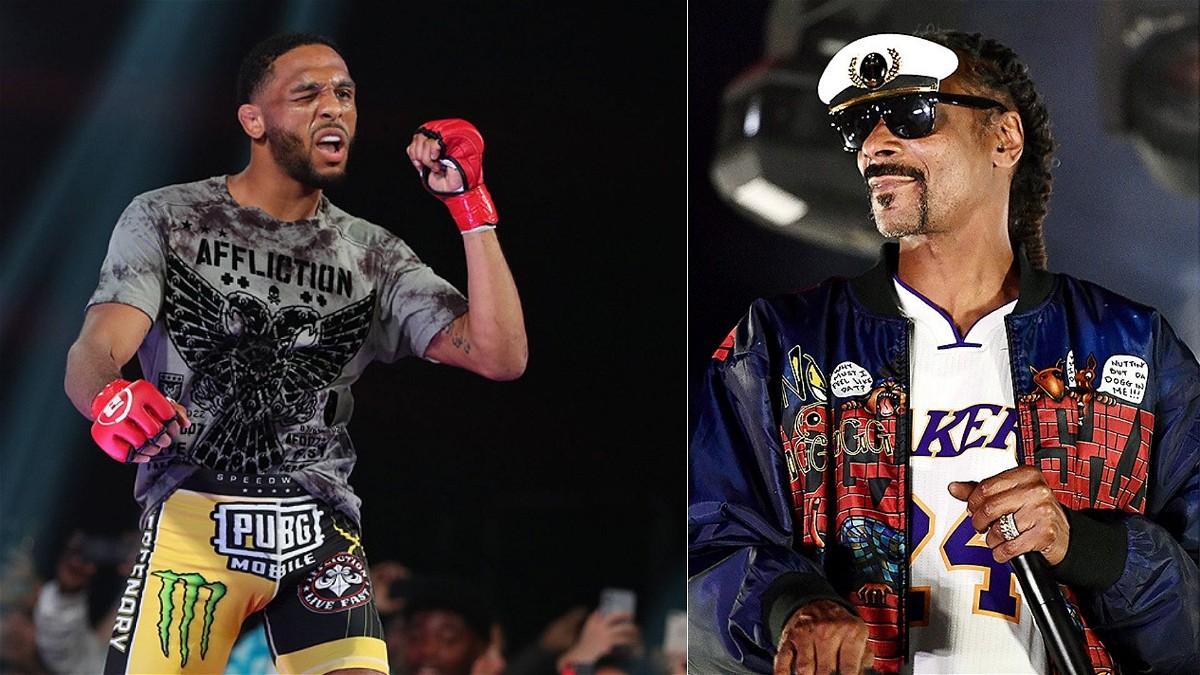 Snoop Dogg is the uncle of mixed martial artist AJ McKee and confirmed the same in a shoutout video ahead of Bellator 263.

The lead-up to Bellator 263 has been nothing less than exciting. Both Patricio Pitbull and AJ McKee have been in a heated back and forth since the last two months. The anticipation for the much-awaited showdown had been in full flow even when Pitbull was set to take on Emmanuel Sanchez. Needless to say, the wait is now over, and Patricio Pitbull and AJ McKee will finally share the Bellator cage in the main event of Bellator 263.

Hey @SnoopDogg, I got a message for you. @BellatorMMA #Bellator263 #andstill pic.twitter.com/3cm0W0nFke

Ahead of the hugely anticipated bout, even Hollywood artist Snoop Dog, who has made a name for himself in the world of mixed martial arts also showed his support, however, not for the defending champion Patricio Pitbull, but for the undefeated challenger McKee. Needless to say, it did not go well with the current Bellator featherweight champion.

“Do your thing, represent your city, and represent everything you have been talking.”

Snoop Dog’s concluded by advising McKee to “knock his (Pitbull) a** out.” Freire was prompt with his reply which got the attention of fight fans around the world.

“Hey, Snoop Dogg, I hope you know I’m not Pitbull the rapper. I’m Pitbull the GOAT. Maybe you should fight someone in the cage. If you land a strike, it’ll be your first hit in 50 years, motherf*cker.”

How is Snopp Dogg related to Bellator fighter AJ McKee?

It won’t be wrong to say that, Snoop Dogg is just trying to support the fellow California native, and is not related by blood to the featherweight contender AJ McKee. Be that as it may, until we have don’t have definite proof of the same from both the parties, it will be wrong to draw any conclusions.