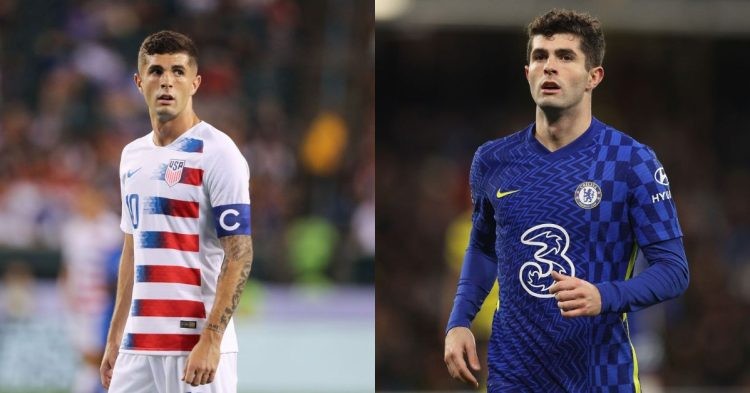 The USA go into the World Cup as a huge topic of debate. While some say they could pose a threat to the big teams, others say the squad is being overhyped. One of the first Americans to reach the biggest stage in Europe from their current squad is Christian Pulisic. He will be traveling with the USA squad to Qatar.

Does Christian Pulisic believe in God?

Christian Pulisic was raised as a Catholic and remains a devout Christian. He has also been seen posting Bible verses on his social media accounts. On being asked about his faith in God, Pulisic said, “Of course. My faith in God has grown significantly in the past year, especially since I’m here alone. I feel like there’s always someone around me.”

In his autobiography, ‘Pulisic: My Journey So Far’, the Chelsea star revealed he had suffered from depression. This was during the time he was sidelined with an injury in 2021, and his lack of playing time. Continuing his conversation in the same interview about God, Pulisic said, “I do not know how I would have coped without this feeling that he is looking out for me, that there is a reason why I am here.” Pulisic has been named in the squad for the USA traveling to Qatar.

What is Christian Pulisic’s nationality?

Pulisic had dual nationality. He is a citizen of both Croatia and the USA. Since his paternal grandfather was born in Croatia, he was able to obtain Croatian citizenship. He had obtained Croatian citizenship to avoid applying for a German work visa. This was during his time at Borussia Dortmund, since a European citizen would not require a work visa in Germany.

He has represented the USA in international soccer. He has been selected in their World Cup squad to Qatar. The 24-year-old has been playing for his country, the USA since 2016. He has made 52 appearances and scored 21 goals for the USA. Pulisic will also captain the country. He is not in the best of form going into the World Cup, but the USA will require his talent if they want to go deep into this World Cup.