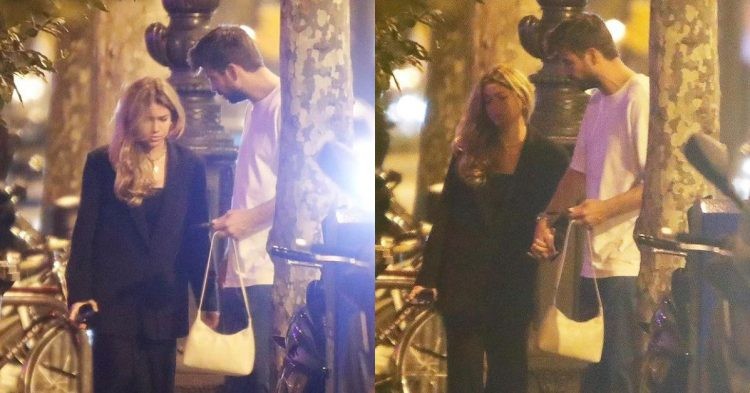 After being the center of attraction of every media outlet, Gerard Pique has been the talk of the town ever since the news of his unfaithfulness towards Shakira during their relationship broke out.

The couple made their separation public in June earlier this year. Pique started a new chapter in his life with his new girlfriend, Clara Chia Marti while Shakira resumed her motherly duties for her sons.

Gerard Pique and his new girlfriend, Clara Chia Marti, enjoyed a night out in Spain a week after Gerard, and his ex, Shakira, settled upon a custody agreement concerning their sons, Milan and Sasha. Gerard and Clara were snapped holding hands outside a Japanese restaurant on their dinner date.

In a report by Univision, Gerard Pique was attending an official business gathering and also a social event at the location. The reports suggest that he was looking forward to seeing his new partner, Clara Chia Marti, there as the pair were spotted arriving together.

But when Pique was leaving the party, Clara Chia was nowhere to be seen. There are speculations about Clara Chia Marti can’t handle the pressure from the media outlets. It has also been mentioned that Pique is getting treated for medical issues. Dealing with the Spanish media appears to have taken a toll on him.

Pique and Clara were seen celebrating as a couple publicly for the first time. But, many didn’t believe that the World Cup winner would leave his girlfriend on the premises.

A few days ago, Shakira was spotted crying after the two signed the custody agreement for their sons. Photographs of the singer came to light recently, as indicated by a witness on a television program where he narrated what happened.

The witness said that it was on Friday when he saw her and did not want to approach the Colombian singer after seeing her distraught. According to this person, the singer was with some friends but was talking on her phone all the time and didn’t seem happy.

The witness also added, “Of the hour and a half she would have been, well, an hour talking on the phone,” he explained. “As soon as she hung up she started crying.”

There has been no confirmation of the reason why Shakira was crying with Spanish media speculating that the reason for this was her split and the recent custody battle she had with Gerard Pique.

Shakira will be moving to Miami with her two sons Sasha and Milan in 2023, after celebrating Christmas in Barcelona.