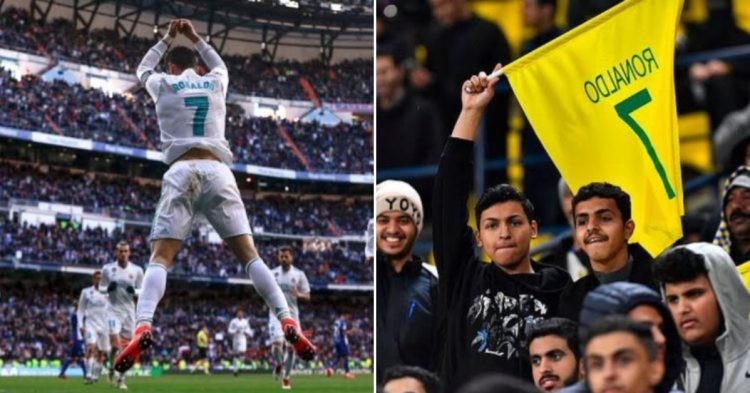 Cristiano Ronaldo’s arrival has created a storm in the middle east with the vibe of the player being celebrated by not only Al-Nassr but by the entire Saudi Arabian Football culture.

In a Saudi Pro League match between Al-Hilal and Al-Ittihad, two fans invaded the pitch during the match and performed the “siu”, Cristiano Ronaldo’s iconic celebration.

Al-Hilal who is considered as Al-Nassr’s rival and one of the contenders for the league title won the match by 1 goal. The goal was scored by former

Al-Nassr is currently the table toppers of the Saudi Pro League with teams like Al-Ittihad, Al-Shadab, and Al-Hilal all closely behind Ronaldo’s New team.

Impact of Cristiano Ronaldo on Al-Nassr

Ronaldo’s transfer to Al-Nassr has gained the club global recognition with the name of the club slowly becoming a household name and being circulated throughout all football cultures.

As reported by Hypebeast.com, Al-Nassr’s Instagram handle got a tremendous spike after the arrival of Ronaldo. Before Ronaldo, the club account had some 860k followers and after Ronaldo’s arrival, the club has 7.6 million followers and counting.

Fans are much-awaited for Ronaldo’s Al-Nassr debut but have to wait for a little bit more as the player is currently facing a 2-match ban as punishment for smashing an Everton fan’s phone last season in the premier league while playing for Manchester United.

Ronaldo will be accompanied by some well-known players who left their mark on European Soccer. Former Arsenal and Colombian goalkeeper David Ospina is in the goal for Al-Nassr.

Ronaldo’s arrival in the middle east has ventured into other players to consider the place to base their soccer during the climax of their career. Rumors, arising that Al-Nassr will be looking to sign more veteran players from Europe like Luka Modric and Sergio Ramos.