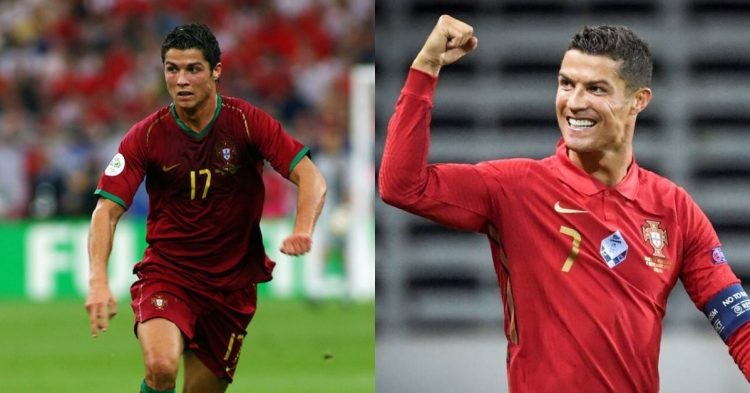 Cristiano Ronaldo is set to play his fifth World Cup beginning Thursday against Ghana. The Portuguese star has had a stellar career both domestically and internationally. He is Portugal’s most capped player and their top goal scorer as well. He has taken over headlines over the last two weeks after his controversial interview with Piers Morgan and subsequent contract termination with Manchester United.

Portugal will be looking to avoid the fate of other big teams in their first match of the tournament. Germany and Argentina were billed to be favorites of the World Cup but were stunned by Japan and Saudi Arabia respectively in comeback defeats. Here are Ronaldo’s stats in the four World Cups he has played in so far.

Cristiano Ronaldo made his debut in the World Cup in 2006 against Angola in the group stages. In 17 matches across four World Cups, Ronaldo has scored seven goals and provided one assist. He has also received two yellow cards and no red cards since his debut. His first World Cup goal came in the form of a penalty against Iran in a 2-0 win for Portugal in the group stage of the 2006 edition.

🤔 Who could have imagined that now @Cristiano would be on the cusp of breaking the men’s record for international goals and aiming to become the first man to score in 5 World Cups?

In the same 2006 World Cup, Portugal beat England in the quarter-finals. The match had gone to penalties and Ronaldo had scored the winning goal for Portugal. His most iconic performance in World Cups came against Spain in 2018. He scored a hattrick in the thrilling 3-3 draw.

Cristiano Ronaldo will certainly play a crucial role in Portugal’s World Cup campaign this year. Ronaldo has even said that he will happily retire if Portugal wins the FIFA World Cup 2022.