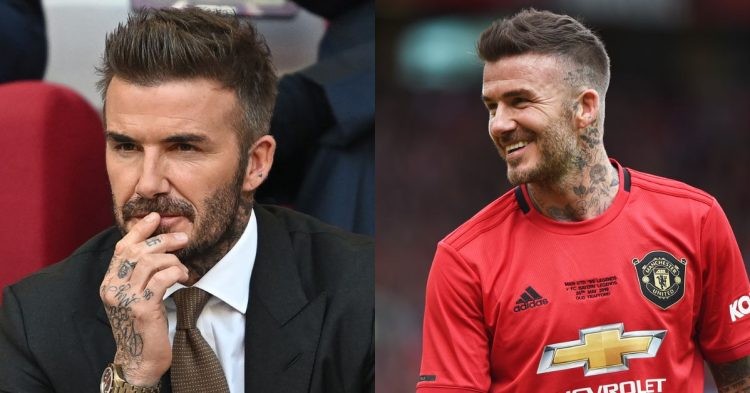 David Beckham is a former professional soccer player who is the current president and co-owner of Major League Soccer outfit Inter Miami CF and co-owner of League Two outfit Salford City. Beckham began his professional playing career with Manchester United. He went on to play for some of the biggest European clubs including Real Madrid and AC Milan. He retired in 2013 as a Paris Saint-Germain player.

In International soccer, Beckham made his debut for England in 1996 as a 21-year-old. He captained the national side for six years and earned 58 appearances during that time. Overall, he featured for England 115 times across three FIFA World Cups and two UEFA Euros. One of his iconic moments in International soccer includes an injury-time free-kick that helped England qualify for the 2002 World Cup.

📆 On this day 19 years ago: David Beckham sent England to the 2002 World Cup with THAT injury time free-kick.

In 2014, MLS announced that Beckham will buy a team in their expansion project. The Englishman and his ownership group had hoped for the club to start playing in 2016 or 2017. The club, however, made its debut in 2020. It came to be known as Club Internacional de Futbol Miami – more commonly known as, Inter Miami. Beckham is also a co-owner of Salford City along with his Class of ’92 teammates.

How is David Beckham so rich?

Beckham has played soccer in four countries in Europe including England (Manchester United), Spain (Real Madrid), Italy (AC Milan), and France (PSG). He became a household name at each club and created great goodwill. Beckham also played For LA Galaxy in the US. At present, he earns from endorsement deals and from profits of his clubs Inter Miami and Salford City.

How much did David Beckham make from his soccer career?

Beckham played his youth football for Tottenham Hotspurs and Brimsdown Rovers before moving to Manchester United. He became a part of the famous Class of ’92 at United which included the likes of Ryan Giggs and Paul Scholes. He moved to Real Madrid after an 11-year stint at United.

From Madrid, he made a move to LA Galaxy and played for AC Milan on loan while at the MLS club. To conclude his career, Beckham moved to PSG and on May 18, 2013, he played his last official soccer game.

The former Manchester United star has consistently ranked among the highest earners in football. In 2013, when he played for PSG, he was listed as the highest-paid player in the world. He earned over $50 million in the 12 months preceding that.

What is David Beckham’s salary per week?

In Beckham’s LA Galaxy contract as a player, he had received an option to buy an MLS expansion team for $25 million. He exercised that option and brought into existence Inter Miami CF. The club made its debut in a 1-0 away loss to Los Angeles FC on March 1, 2020.

In January 2019, it was announced that Beckham would join his Class of ’92 teammates from Manchester United to co-own Salford City. He was approved to become the director of the club.

And here’s the craziest part:

Inter Miami CF is already the 10th most valuable MLS club at $585 million.

His earnings as co-owner of these clubs and his endorsements amount to over $50 million per year. He roughly earns $1 million weekly.

He endorsed a number of brands during his playing days and continues to do so. He partnered with the likes of Armani, Breitling, Gillette, Tudor, Konami, and PepsiCo. Beckham also helped to create the famous Adidas Predator boots.

After his retirement from playing, he created his own company called DB Limited. Beckham’s earnings and net worth have also been boosted due to the fame and work of his wife, Victoria Beckham. She has her own fashion line under the Beckham brand name.

In May 2020, Beckham signed a deal with Guild Esports for around $20 million over five years. He also sealed another deal worth around $55 million to feature in EA Sports’ FIFA 21.

What’s the combined net worth of David Beckham’s family, including Victoria Beckham?

The David Beckham family loves to splurge their wealth on yachts, holidays around the world, and multimillion-dollar mansions. Their estimated net worth is around $450 million. They have earned this through Beckham’s playing career and investments after retirement from playing. While Victoria is a famous popstar and now a fashion brand owner. The couple’s eldest son, Brooklyn Beckham, is a former model with a reported net worth of $10 million.

They own iconic properties all around the world. A penthouse in Miami, a $10 million flat in Burj Khalifa, and many more houses in London are owned by them. One of their lavish London residences is close to Prince Harry and Meghan’s rented country retreat