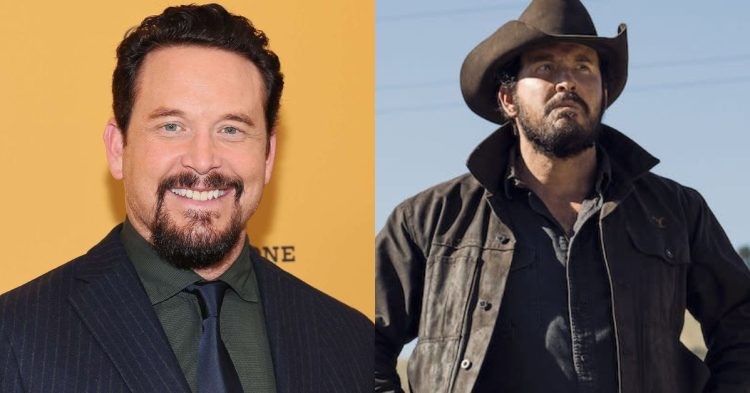 Cole Hauser is Hollywood’s one of most underrated actors. The American has chosen many different roles through out his long acting career. One of the roles that he is most famous for would be “Rip Wheeler” in Yellowstone. The TV show has been followed by thousands of fans over the years. The show also features Kevin Costner, who plays John Dutton. He has won an Oscar and an Emmy.

Many may wonder how is Cole Hauser connected to the beautiful game, since he hasn’t played soccer in real life. What does he have to do with the sport we all love? Hauser starred in the soccer-based movie; “A Shot at Glory“. Michael Corrente directed the movie, with Robert Duvall as the producer and lead actor.

The movie’s main character would be the producer’s as well, Robert Duvall. He plays the manager of a soccer team and goes by the name Gordon McLeod. The creators set the film in a fictional town, Kilnockie. The club’s American owner, Peter Cameron wishes to move the club to Ireland and make them compete in Dublin. Michael Keaton plays the owner in the movie.

However, to prevent this, the manager of the team, Gordan has to take the necessary measures. He signs an extraordinary player in Jackie McQuillan. Ally McCoist plays this character. Jackie has a reputation in the soccer world for being a troublemaker, and signs for the team from Arsenal. In addition to that, he is getting older, and rumors of his retirement have also started to take heat.

The movie is mainly based on whether the Kilnockie team can make it to their first-ever Scottish Cup final. To make that final, they have got to get past the Rangers, who are one of the best soccer teams in Scotland. Towards the end of the movie, the teams had to decide the game through a penalty shootout, since neither side scored the winner in regular time. Cole Hauser, plays the goalkeeper of the Kilnockie team, as Kelsey O’Brian.

As Kelsey’s team miss a penalty, he has to step up to bail them out. The score line for the penalty shootout was 3-4 to the Rangers. As the opposition team’s player stepped up to take the penalty, Kelsey only has one thing on his mind; what his coach said.

Gordan says, “You get the angle you want, you concentrate on nothing but that wee boots and ball out there, everything else goes. The fans, the noise, the colors, that’s what I want you to do.” It was every soccer fan’s dream to see Kelsey make that save right after, except for Rangers fans.

However, the Kilnockie team failed to win the Rangers after missing the following penalty. It was a sad ending to the movie, but their fans appreciated the massive effort they put in. Moreover, the movie did exceed all expectations on the box office as well. The movie’s budget was just $9000 at the time, and it made around $133,122, according to IMDb.