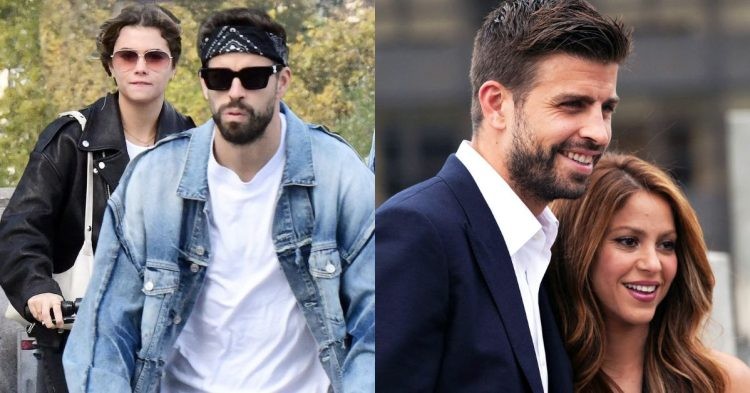 The Gerard Pique-Shakira saga continues with new reports coming out regarding infidelity in the relationship. The two were also recently spotted in Paris having dinner together. Pique’s performances on the field have garnered a lot of media attention as well. His poor showing against Inter Milan may have cost Barcelona their Champions League dreams.

Gerard Piqué may have to wear his ex Shakira’s name on his shirt in a next Barça game! 😳

Indeed, Shakira will soon release a new single where she talks about Piqué’s betrayal and Spotify wants to feature the singer on the Barça shirt as part of her partnership with the club 😭 pic.twitter.com/16ceK4GhxY

Barcelona’s sponsorship deal with Spotify has made for some interesting collaborations. Unfortunately for Pique, he might have to wear a Shakira jersey for an upcoming Barcelona match. The Spotify logo on Barcelona’s jersey may be replaced by Shakira’s name.

Pique has been accused of cheating on his long-time former girlfriend Shakira. The couple has two children together as well. The couple separated earlier this year and have requested the media to give them privacy for the protection of their children.

Reports speculate that since Clara Chia and Pique started dating only a few weeks after the latter left Shakira, he had cheated on the Colombian singer. Sources in the report also indicated Shakira had trust issues regarding Pique before their split.

According to investigative reporter Jordi Martin, Clara Chia was unfaithful to her former boyfriend. He said, “I will explain to the world how the great betrayal took place.”

“Pique has a best friend. Clara was the girlfriend of the brother of Pique’s friend. From the moment they met, he had a crush on the girl”, he concluded. The reporter also said that Clara Chia’s former partner worked at Pique’s firm, Kosmos. He went on to say that Pique fired her partner and hired her instead.

Pique to wear Shakira’s name on his jersey?

Barcelona’s partnership with Spotify has been a great help to them during this time of financial difficulties for the club. The deal is 4 years long and worth a reported $250 million. Spotify is the shirt sponsor and has the naming rights to Camp Nou as well.

Barcelona wore a jersey in respect to Drake in respect for him becoming the first artist to achieve 50 billion streams on their platforms. According to Tribuna, the streaming platform want to show a similar sign of respect towards Shakira as well.