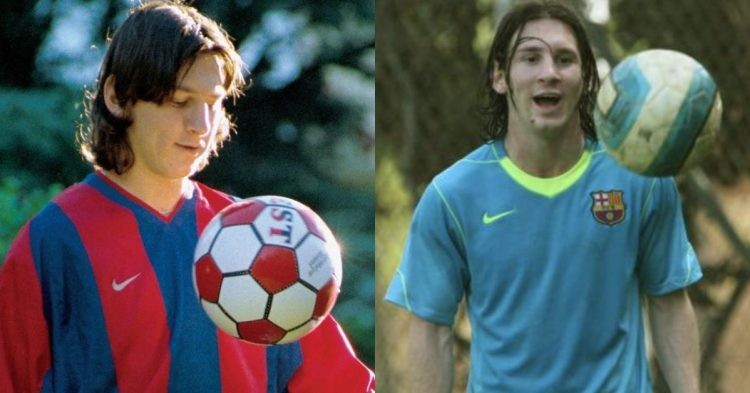 You must think it’s a bit of a strange question to ask, “What kind of education did Lionel Messi have?” It’s something many soccer fans wonder about.

All of us know a lot about Messi’s life on the pitch and his compelling talent, but there are parts we know very little about.

The rest is history. pic.twitter.com/N9rfQPAsUr

We must all assume that it was pretty obvious fairly early on that Messi didn’t have to worry about a conventional education, such was his footballing talent and ability.

But then the question arises in our minds, ‘What was it like to be at school for Lionel Messi?’ Let’s find out.

As we go back to the past, before Lionel Messi was born, Argentina was one of the ten richest countries in the world.

At the beginning of the 20th century, millions of people migrated from Spain and Italy for a vibrant and high quality of life.

Little is known of Messi’s school life in Argentina, but he did attend Escuela Nº 66 General Las Heras, located in the Santa Fe province of Rosario, not far from where he lived.

By all accounts, Messi was an average student. A quote about Messi from his teacher said, “He was a quiet child, but he always came with a ball. He looked something different when he went to recess and played the ball. “

Lionel Messi and his education in Spain

As soon as Messi finished primary school, his parents decided to relocate to Barcelona, and then he joined Barcelona’s famed La Masia Academy.

Lionel Messi went to Leon XIII school, which was attended by every La Masia resident.

Messi later elucidated his time there, saying, “As soon as I arrived in Barcelona, I started training. I didn’t sleep at La Masia, but I went to Leon XIII, where all the kids from other cities were studying. I spent every afternoon with those kids… They also knew what is was like to be far away from their families and friends.”

Lionel Messi was in the same year as Cesc Fabregas and Gerard Pique.

When Leo Messi arrived at La Masia, the other players couldn’t believe how small he was. Messi was also a shy one and was nicknamed El Mudo (the mute one). But they soon came to realise that although he was quiet in the dressing room, Messi’s feet did the talking on the pitch. pic.twitter.com/4yse57n2Yt

There have been some rumors that Messi would fall asleep in class and continually forget to bring his books to school. These rumors are unconfirmed, but the video above suggests this might be true.