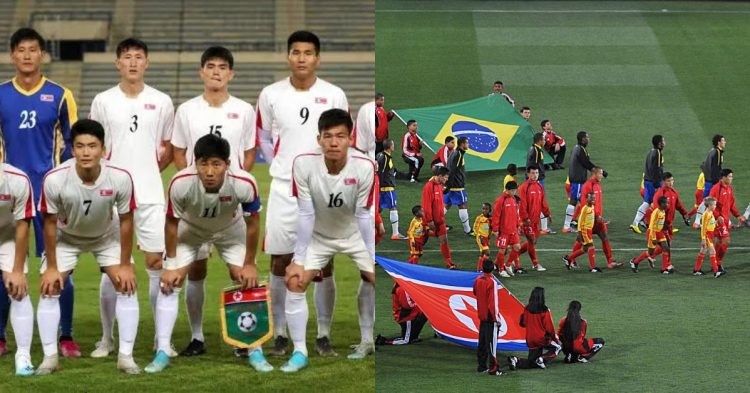 North Korea has had a huge number of political controversies, similar to some level to the current hosts of the World Cup. The history of soccer in the country is very obscure, but they have a national league. They also have an international team that has qualified for two World Cups, in 1966 and 2010. Currently, North Korea is ranked 112th in the world.

North Korea got decimated at the 2010 World Cup

North Korea’s only participation in World Cups this century came in 2010. They qualified and were drawn into Group G of the tournament. Their group was very tough, with giants Brazil and Portugal in their group. They also had African heavyweights Ivory Coast in their group. They scored just one goal in the group stage, although it was against Brazil.

🇪🇸 Most goals Spain has scored in a World Cup game.

Their worst defeat came at the hands of Portugal, losing 7-0. A young Cristiano Ronaldo scored in the 87th minute of the game. They then lost 3-0 to Ivory Coast, when Yaya Toure opened the scoring. In total, they conceded 12 goals and scored just one. North Korea finished bottom of the group with 0 points a goal difference of -11.

The North Korean soccer team and their coach were publicly shamed

North Korea’s first match in 2010 was not broadcast by the country’s leaders, for fear of embarrassment. However, they put on a spirited match against the South American supergiants, losing just 2-1. The second match was televised, only for North Korea to be humiliated 7-0 by Portugal. When they returned to their country, North Korea’s entire playing and coaching squad were summoned by the leaders of the country.

The players were reportedly humiliated for nearly six hours by a television commentator in North Korea. Their sports minister Pak Myong-chol also joined in. The players were then made to criticize their coach, who was believed to be the main reason for North Korea’s poor performances. The manager has now been forced into a construction job.

Where are the North Korean players now?

The manager of North Korea has been forced to become a construction worker. He seemed to have upset their leader Kim Jong-Un. A South Korean news agency, Chosun Ilbo, has said no player or manager from 2010 has been executed by the North Korean regime. However, they considered them to be very lucky to have escaped with the light punishment they received.

“Considering the high hopes North Koreans had for the World Cup, the regime could have done worse things to the team than just reprimand them for their ideological shortcomings,” a South Korean intelligence source said while speaking to The Guardian. In the past, players have been thrown into prison camps, if they were seen showing discontent toward the regime.