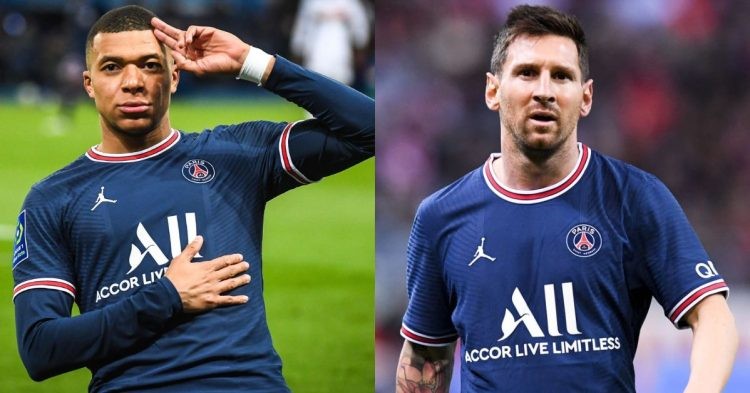 Kylian Mbappe is sure one of the most expensive players today, but does he earn more than the 8 times Ballon d’Or winner Messi? According to some sources, the new deal signed between Paris Saint-German and Kylian Mbappe seeks to earn Mbappe more than the Argentine.

Given his success in both the Champions League and Ligue 1, Paris has every right to give him a significant amount of money. He is by far the most demanded winger in the world. Mbappe has scored 8 goals in 9 Ligue one games and 4 goals in 4 Champions League games. He led France to its 2018 World Cup win.

At the age of 23, Kylian Mbappe earns $128 million. Mbappe makes almost $110 million on the field and $18 million off it, according to Forbes. He is in high demand around the world, and no club would turn down having him on their team. Compared to Messi and Neymar, who broke the transfer market, his desire has raised his price and influence within the club.

🚨 Kylian Mbappé will STAY at Paris Saint-Germain. He’s definitely not joining Real Madrid this summer, the final decision has been made and communicated to Florentino Perez. 🤝 #Mbappé

According to some reports, Lionel Messi earns around $120 million in Paris. He earns $65 million on the field and $55 million off the field. Ronaldo and Neymar are listed as 3rd and 4th on the list, earning $100 million and $80 million respectively. Erling Haaland enters the top ten richest football players with earnings of $39 million. Haaland and Mbappe are the only 2 players under 30 on Forbes’ list of highest-paid footballers in 2022.

Mbappe rejected Real Madrid’s offer. He decided to extend his contract with PSG rather than transfer to the Spanish giant. It is believed that the offer proposed by Paris to keep Mbappe on their side was more than just the enormous financial incentives. Kylian was given executive authority by the offer. According to rumours, Mbappe may also serve as the club’s sporting director.

Kylian Mbappe had even posted on his social media about renewing his contract, “I’m very happy to continue this adventure, to stay in France, in Paris, my city. I always said Paris was my home. I hope I will continue doing what I love the most, which is to carry on playing football and winning trophies.

If Kylian Mbappé rejects Real Madrid this year, his dream of playing for the Los Blancos is over as long as Pérez is the President.

Fans accuse Mbappe of lacking loyalty and believing he is ungrateful and self-centered. Mbappe won’t have any more opportunities to wear the prestigious white jersey since, after turning down Real Madrid‘s offer, there is no going back. When asked about the rejected offer for Mbappe in a video, Pérez is shown responding, “poor man, he will already be sorry.“