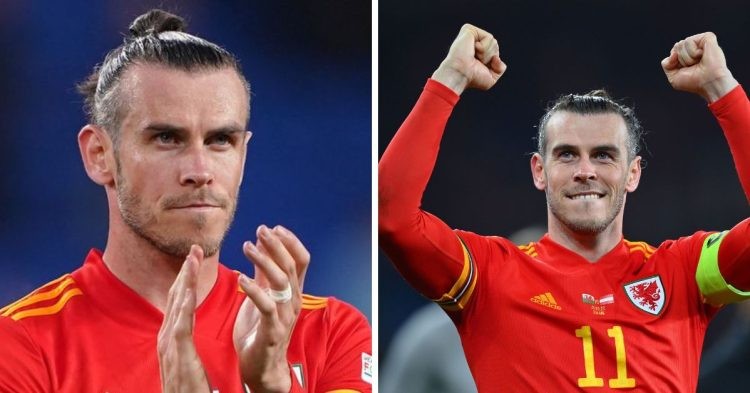 On Monday, Gareth Bale revealed his intention to retire from soccer, causing an outpouring of support from soccer fans, clubs, prominent figures, and pundits. His most recent team was the LAFC, but before that he had captained Wales to their first World Cup appearance since 1958.

The 33-year-old has been praised for his declaration, with former players John Hartson and Alan Shearer offering their congratulations. He has acknowledged the possibility of coaching in the near future as he looks toward his post-playing career.

After spending years at the highest level of soccer, Bale is estimated to have a net worth of around 145 million dollars. To give an idea of just how much he has amassed, his fortune was valued at 87 million euros in 2019.

After a remarkable career that included victories in three La Liga titles, four Champions Leagues, and three Club World Cups, Gareth Bale is retiring from professional soccer. He will be remembered as the most prolific Welsh scorer and the player with the most appearances for his nation.

Bale wrote on his social media accounts, “After careful and thoughtful consideration, I announce my immediate retirement from club and international football. I feel incredibly fortunate to have realised my dream of playing the sport I love. It has truly given me some of the best moments of my life. The highest of highs over 17 seasons, that will be impossible to replicate, no matter what the next chapter has in store for me.”

After retiring from soccer with a record-breaking 41 goals for Wales, Bale’s 111th international appearance was a 3-0 loss to England at the Qatar World Cup in 2022. He began his professional career at Southampton and moved to Tottenham in 2007, where he built his reputation as a top-class player. At Spurs, he played mostly as a left-back, but switched to the wings and forward positions and scored five goals in 45 season games.

Gareth Bale’s time in Spain has been incredibly lucrative and rewarding. The Welshman joined Real Madrid from Tottenham back in 2013 on a six-year deal worth an estimated £500,000 per week. Since then, Bale has gone on to become one of the greatest players in the history of Real Madrid and a true global superstar.

Bale quickly made a name for himself in Spain with his impressive goalscoring records and his ability to make an impact on big games. In addition to his goalscoring feats, Bale also became an integral part of the Madrid attack and was instrumental in their successes. His pace and dribbling ability made him a nightmare for defenders and his ability to create chances for his teammates made him a valuable asset.

Gareth Bale’s net worth rose with a $2.3 million salary from LAFC

In June 2022, LAFC announced the acquisition of Gareth Bale, a five-time UEFA Champions League champion. After nine years of great success with Real Madrid, Bale racked up an impressive nineteen titles since 2013. Gareth Bale, one of the greats of Welsh soccer, has retired with a substantial net worth of $145 million. Bale was a standout performer in the Champions League Final of 2014 and 2018, being named Best Player of the 2018 edition and being awarded the Golden Ball at the 2018 Club World Cup.

His final years at Real Madrid saw him earning a salary of £500,000 a week, even when he was sitting on the bench. Additionally, he was the 23rd-highest earner in the MLS, receiving an annual salary of $2.3 million from LAFC. He spent a brief time in the MLS with LAFC and scored his third and last goal for the team in the MLS Cup final, tying the score at 3-3 and helping his team win the championship on penalties.

Gareth Bale has made a significant investment in a distillery

Gareth Bale has put a large sum of money into the Penderyn distillery, bringing whiskey production to Wales once again. The company has welcomed Bell as one of its 61 shareholders and is planning to give something in his honor. Moreover, Penderyn has linked up with the Football Association of Wales to create the single malt whiskey, ‘Yama o Hyde,’ which is based on a chant used by supporters and means ‘Still Here’.

Bell noted his immense pride in being Welsh and expressed his honor at having the opportunity to invest in such a noteworthy Welsh brand and act as its ambassador. Penderyn single–handedly reestablished whiskey production in Wales and has achieved international recognition due to its dedication to quality and enthusiasm for the product.

Gareth Bale is an example for every youngster who dreams to achieve their goals. Bale is a renowned figure in the public eye and is a major part of Adidas‘ promotional plans. In 2014 he inked a contract with the firm worth $26 million spanning six years.

Gareth Bale is a world–renowned athlete who has earned a large sum of money, allowing him to indulge in his passion for cars. He is the proud owner of an Audi Q7, Mercedes Class C63 AMG Coupe, Range Rover, Audi R8 Spyder and Lamborghini Aventador Roadster.

He has a beautiful residence in Cardiff, United Kingdom, where his parents also live. Additionally, he owns a luxurious property in Madrid, Spain in the La Finca area. Furthermore, Bale is the majority shareholder in his own company, Primesure Limited, owning 60% of the shares with his parents owning the remaining 20%.