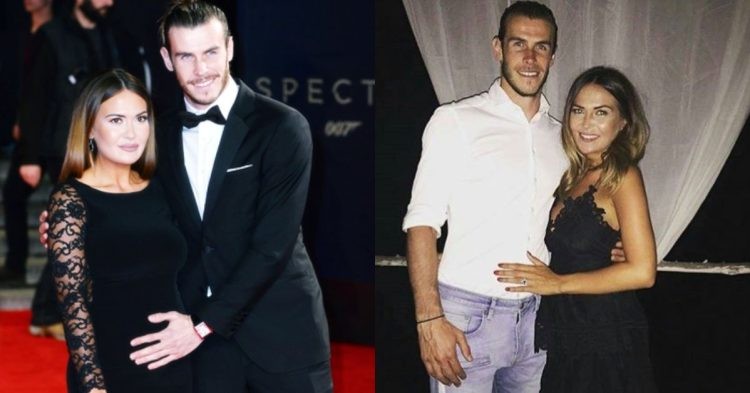 Emma Rhys-Jones is the famous wife of world-renowned soccer star Gareth Bale. After being together for almost two decades, the couple decided to tie the knot in 2019. Rhys-Jones, like her husband, is also a Welsh national. However, unlike the former Real Madrid man, she is inactive on social media. She is reportedly a very private person.

The ex-Tottenham Hotspur player’s wife has seldom made headlines, more often than not for the wrong reasons. It’s no secret that Emma has had quite a scandalous past. Her father made headlines for having to go to jail a while back.

How did Bale and Rhys-Jones meet? Do they have children? What are Emma’s occupation and net worth? And why did her father go to jail? Keep reading to find out.

How did Gareth Bale and Emma Rhys-Jones meet?

Emma Rhys-Jones reportedly hails from Cardiff. Emma grew up in Llanishen, a district in north Cardiff. Her family belongs to a place that was very close to Gareth Bale’s family home. Reportedly, the pair lived just a couple of miles apart while they were growing up.

Per The Sun, the couple met and began dating during their time at Whitchurch High School. Bale and Rhys-Jones dated for quite a long while before getting engaged in 2016. The Wales national team captain announced the news of his engagement in a 2016 social media post. “She said yes!! This is a birthday weekend I won’t forget for a long time,” the former Los Angeles FC player posted.

The couple decided to finally get married in 2019 in a ceremony in Mallorca. The marriage announcement came a year after Bale’s phenomenal bicycle-kick goal to defeat Liverpool in the 2018 Champions League Final.

Do Gareth Bale and Emma Rhys-Jones have children?

Emma and Gareth have been together for a long time. In that time, the couple has been blessed with four children. The couple’s eldest child is Alba Violet. She was reportedly born at the University Hospital of Wales on October 21, 2012.

What is Emma Rhys-Jones’ net worth, and what does she do for a living?

Gareth Bale, at one point, was one of the best-paid soccer players in the world. The Welsh soccer star earned a reported $540,000 per week during his time at Real Madrid. This puts Gareth Bale’s net worth at a reported $145 million as of 2022.

By comparison, his wife, Emma Rhys-Jones is worth much less. Despite her life being relatively private when compared to other soccer stars’ spouses, it has been reported that she used to be a hairdresser. Over time, however, her net worth has been estimated to be $5 million.

Why did Emma Rhys-Jones’ father go to jail?

It was reported in 2016 that Emma Rhys-Jones’ father was jailed in the United States. The former Real Madrid star’s father-in-law was imprisoned for defrauding clients of a reported $2.9 million. Martin Rhys-Jones, Emma’s father, sold high-priced shares which in actuality, had no real value. It was also reported that he defrauded 250 victims across the USA, the UK, and Canada.

Shortly after Martin’s conviction, the public sentiment was against Bale’s in-laws. People sought to take revenge on the Rhys-Jones family. Emma’s grandparents’ house was attacked as a result, with bricks being thrown at windows and her grandfather’s car being burnt.

A similar attack was staged to harm Emma’s aunt. The car closest to her aunt’s house was burned. The incidents were quite worrisome, with Gareth and Emma reportedly beefing up the security at their Madrid residence when the news of the attacks first broke.