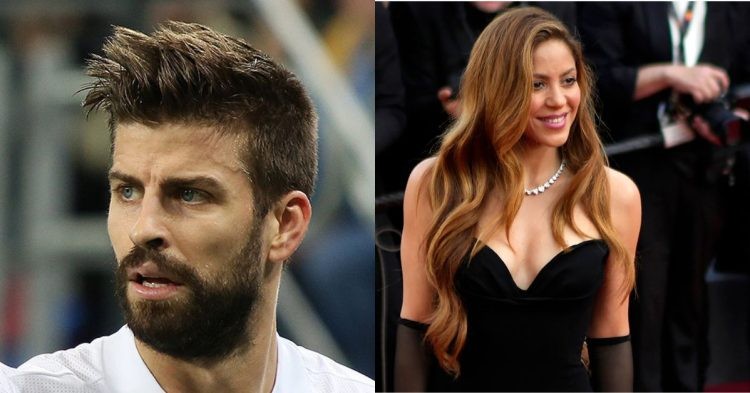 All facets of Gerard Pique and Shakira’s relationship seem to have become public news as of late. Spanish paparazzi giant, Jordi Martin has been well-informed on all parts of the relationship from the time the news broke. The Spanish reporter was the first to break news regarding the couple’s steps toward reconciliation.

According to Martin, Pique refused any steps Shakira attempted to reconcile their broken relationship. The Colombian singer had reportedly proposed couple’s therapy to the Barcelona defender, who promptly refused the suggestion.

As per MARCA magazine, Martin was quoted saying, “When they arrive from Disneyworld, Pique asks her for time because he was overwhelmed with his business. Shakira tells him ‘don’t worry. I have to leave for 17 days to record in the United States,” the journalist added.

“She offers him a couple’s therapy, which he refuses. So she realizes that it’s not going to improve the relationship. She realised it’s not an up and down, but that there’s something else going on.” Pique had reportedly already started a relationship with Clara Chia Marti, before ending his relationship with Shakira.

“That’s when all the alarm bells go off for Shakira and she decides to hire a private detective to get concrete and precise information for the situation we are in, which is the custody of the children,” Martin revealed.

This eventually led to the couple ending their relationship of more than a decade. They announced their split earlier this year.

Shakira’s father, William Mebarak has been hospitalized in Barcelona. Despite not being in a relationship with Shakira anymore, Pique enquired about his father-in-law’s health. Pique has also visited the hospital to check in on Shakira’s father, a gesture that has not gone unnoticed by the Colombian singer’s mother.

On being asked about Pique’s involvement in family matters, Shakira’s mother said, “Of course, yes, we are still family.” Even Shakira has been seen visiting her father daily at the hospital to remain on top of the situation. Shakira’s 91-year-old father is now in stable condition.

Despite their breakup, Shakira’s mother considers Pique an integral part of their family. While Pique’s gestures may have impressed her mother, Shakira might not be as thrilled to see Pique as involved as he is at the moment.