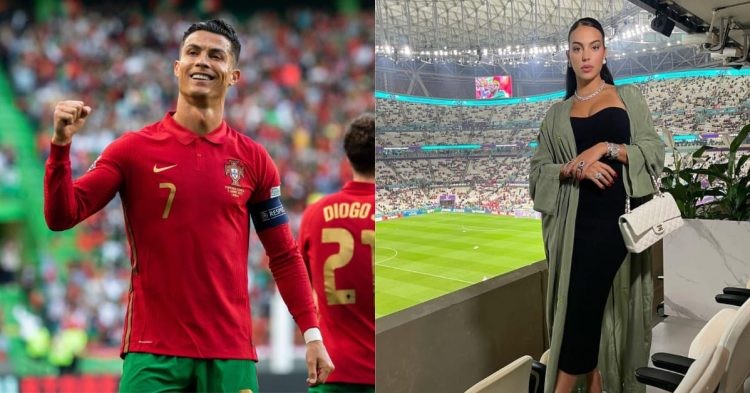 Cristiano Ronaldo signed a two-and-a-half-year contract with Saudi Arabian club Al-Nassr last week, as many fans and analysts predicted. Manchester United terminated the Portugal captain’s contract following a contentious interview with Piers Morgan in which he criticized the club’s management and manager. Al Nassr stated that Ronaldo had signed a contract extension until 2025 worth more than 200 million euros.

According to reports by latestly, Saudi Arabia is planning to change its rules to allow Cristiano Ronaldo to live with his partner, Georgina Rodriguez, something that is illegal for ordinary people. Because unmarried couples are not permitted to cohabit in Saudi Arabia, being the most marketable living asset in the country is advantageous.

“For God has not given us a spirit of cowardice, but of power, of love and of self-discipline”, Georgina Rodriguez quoted this in her latest Instagram post which can be in reference to the Saudi government bending their marriage laws for her and Ronaldo.

Saudi lawyers have assured the Spanish international news agency EFE that authorities will ‘turn a blind eye’ to the celebrity couple’s cohabitation.

Saudi Arabia is bending their marriage laws so Cristiano Ronaldo can live with his partner Georgina Rodriguez while playing in the country.

The country’s marriage laws do not allow unmarried couples to live with each other. pic.twitter.com/YYOFhDdAZY

Despite the benefits, Rodriguez will still require a visa to live in the Gulf country because marriage does not immediately confer citizenship. The Argentine-Spanish model has spent much of her recent career beside Ronaldo, and she recently made headlines during the World Cup.

Ronaldo has already got a rousing reception from Al-Nassr supporters and is eager to make his debut for the club. The forward has now been registered by the Saudi side in place of Vincent Aboubakar, who has been freed but cannot participate due to a two-match ban for shattering a fan’s phone when at Manchester United.

How long have Cristiano Ronaldo and Georgina Rodriguez been together?

The love story of Cristiano Ronaldo and Georgina Rodriguez is not new to the world. The couple has been dating since 2017 and has been through thick and thin. The two have frequently displayed their love for each other on social media and elsewhere. Furthermore, in the Netflix series ‘I am Georgina,’ Georgina discussed her relationship with Ronaldo.

In June 2016, they met while Georgina was working at a Gucci store in central Madrid. Ronaldo, who was playing for Real Madrid at the time, is thought to have been drawn to her in the VIP area of a Dolce & Gabbana event. When they were walking arm in arm at Disneyland Paris in November of that year, news of their connection began to circulate.

The pair appeared as a couple at the FIFA Awards on January 9, alongside Ronaldo’s eldest son Cristiano Jr. They made their relationship Instagram official on May 25, 2017. The couple welcomed their twins via surrogacy on June 29, 2017. Georgina and Ronaldo announced their fourth child’s birth on July 18th. Alana Martina, their newborn girl, was born shortly after.