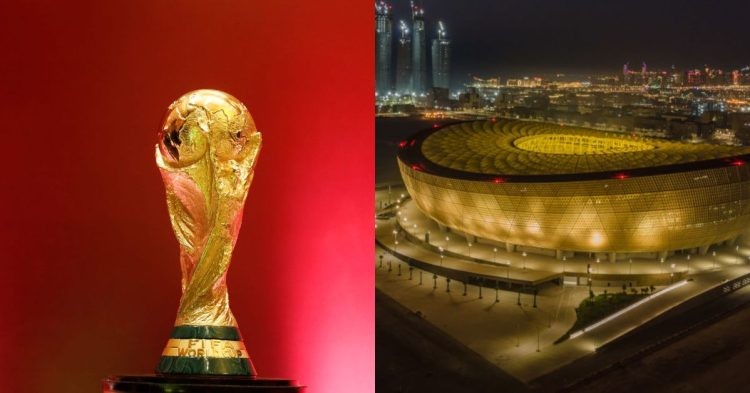 The FIFA World Cup 2022 in Qatar has been the center of attention for many reasons. Besides being the biggest international competition in any sport, this World Cup has other stories to it as well. This may well be Cristiano Ronaldo and Lionel Messi‘s last World Cup.

Besides the footballing part of the tournament, its location has been a hot topic. Qatar as a host for this World Cup has had much opposition. The timing of the World Cup during winter disrupts the season which people are not in agreement with. The human rights issues of the country are also being heavily discussed.

In a report from Amnesty International, Steve Cockburn, Amnesty International’s Head of Economic and Social Justice, said, “If Gianni Infantino wants the world to ‘focus on the football’ there is a simple solution: FIFA could finally start tackling the serious human rights issues rather than brushing them under the carpet. A first step would be publicly committing to the establishment of a fund to compensate migrant workers before the tournament kicks off and ensuring that LGBT people do not face discrimination or harassment. It is astonishing they still have not done so.”

While Qatar denies the human rights abuses leveled at them by many organizations across the world, fans do not believe the middle-eastern country. FIFA’s former president, Sepp Blatter, even admitted it was a mistake to make Qatar host of the tournament.

Fans have jumped all over this confession from the former president. One said, “He already filled his pockets, so he didn’t care at the time.” Another said, “A little too late don’t u think”, in response to Blatter admitting his mistake, 12 years after giving Qatar hosting rights to the World Cup.

One fan reacted, “Taking billions and awarding the World Cup to a country is not a mistake. It’s called corruption bro 😂.” For a long time, FIFA has been accused of corruption in its ranks, and official charges have been brought forward as well.

In an interview in Doha, an official from Qatar for the World Cup, Khalid Salman, made some homophobic remarks. The official was quoted saying that homosexuality was “damage in the mind”. Homosexuality is still illegal in the middle-eastern country. Many players and fans alike have raised questions regarding the safety of fans belonging to the LGBTQ community.

“They have to accept our rules here,” the official, Khalid Salman said, “(Homosexuality) is haram. You know what haram (forbidden) means?” On being asked why he felt homosexuality was “haram”, Salman said, “I am not a strict Muslim but why is it haram? Because it is damage in the mind”

The controversial comments from World Cup Ambassador Khalid Salman came in an interview for German television, in which he called gay people ‘haram’ and said they have ‘damage in the mind’.

An accompanying official immediately stopped the interview following these comments. No organizing authority has come forward for any comment since then. Both FIFA and Qatar officials have remained silent on the matter.

These comments certainly would dissuade the LGBTQ community from feeling safe in Qatar. The country already faces many issues like human rights abuse and now homophobia has been added to the list of reasons this World Cup has so many opposers.