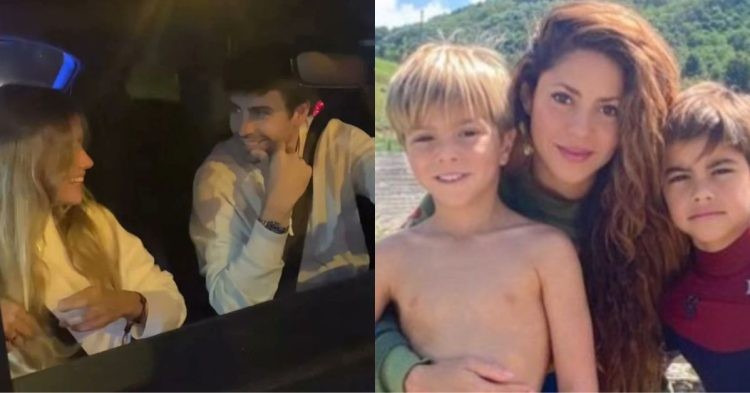 Not too long ago Gerard Pique’s infidelity with now girlfriend Clara Chia Marti was revealed as the couple decided to go public with their romantic escapades shortly after Pique and his long-time girlfriend Shakira announced their separation.

Pique and Shakira were together for 11 years and have 2 kids but they decided to their separate ways after the Barcelona captain was rumored to be having an affair while he was still in a relationship with the Colombian singer.

How the romance between Pique and Clara started

23-year-old Clara Chia Marti is a PR student who happens to work at Pique’s production company Kosmos where she worked on special events. The two met at a party organized by Kosmos where Clara was waiting tables, fueling the rumors of their relationship starting before Pique broke up with Shakira.

Clara Chia Marti tends to keep her personal and social life as private as possible and evades being in the public eye. But after her involvement with the soccer veteran became public, she has been snapped with Pique by the paparazzi on multiple occasions.

From being spotted making out in the stands of Summerfest Cerdanya festival in Catalonia, Spain to being snapped as Pique’s date for one of his friend’s wedding and walking the streets of France on a holiday, the couple is taking their relationship to a new level.

How is the single mother life treating Shakira after her break up with Pique?

Shakira who hasn’t commented on Pique and his actions recently broke her silence blaming career ambitions and goals to be the main reason for their separation.

She further claimed to have put her career in the backseat and moved to Barcelona to support Pique in his soccer desires and be a present mother to her kids. Milan and Sasha, the two sons of Pique and Shakira, have grown up in Barcelona with Shakira always being available for her kids.

“Thanks to that, my kids were able to have a present mom, and I have this amazing bond with them that is unbreakable and that sustains us. You know that is it. That’s all I can say.” said the Colombian singer.

Shakira also slammed the paparazzi as she is unable to go for a walk or eat ice cream and spend time with her kids in the public. Despite the circumstances, Shakira tries to do everything she can to keep the circumstances blotted away from her kids.

“I try to do it and to protect them because that’s my number one mission in life,” she continued.

Meanwhile, Shakira has been spotted supporting and helping her sons out in such unusual times by being present and performing motherly duties as she takes Milan and Sasha to a Halloween party.

Shakira and Pique recently had an awkward moment as the pair attended their son’s baseball game where they didn’t even look at each other let alone talk as the two are locked in a public feud over where their sons will live.