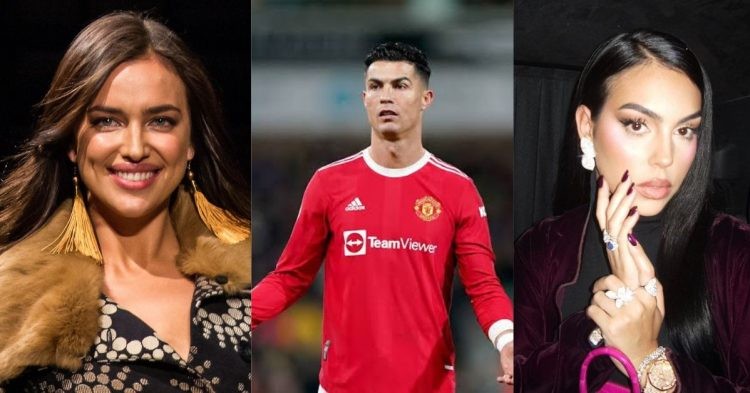 Cristiano Ronaldo has been dating Georgina Rodriguez for a long time now. Before her, the Portuguese dated Irina Shayk for five years. They had quite a bitter breakup and it caught huge attention from the media and fans. Currently, Ronaldo and Georgina are reportedly in a difficult position in their relationship for the first time.

Cristiano Ronaldo dated the Russian supermodel from 2010 to 2015. They met each other for the first time in an Armani Exchange advertisement. After that, they were seen together many times and got engaged after the soccer player proposed to Irina in 2011. Everything looked like, was going well from the outside. But in 2015 Irina broke up with Ronaldo.

The reason behind their break-up was the soccer player’s mother Dolores Aveiro. Reports said that Irina didn’t get along with Dolores and Ronaldo didn’t like that. He always had a very close bonding with his mother and his supposed partner not getting along with her, isn’t a pretty picture. Although, the actual reasons behind their breakup are still a mystery, as both of them chose not to make the reason public.

What did Irina Shayk say about Cristiano Ronaldo after their breakup?

Although Irina and Cristiano, either of them chose not to talk about their reason for the breakup, Irina’s few comments have indicated the general public towards a direction. After their breakup in 2015, Irina talked about what kind of a man she wants in her life. And in some of those comments, it looked like that; she took a dig at the soccer player.

In an interview with Hola in 2017, she said, “What I want above all is to meet a faithful, honest man. A gentleman who knows how to respect women.” The comments kind of suggest that the Portuguese might have not been very respectful to her. She went on to add more to it, “I like men who are loyal to their wives. I think that is the most important thing for a man,” maybe indicating that Cristiano wasn’t a faithful man.

In 2012 Cristiano Ronaldo was accused of infidelity, while in a relationship with Irina. And it wasn’t the first time the Portuguese had his name involved in such a case. However, nothing was proven against the ex-Real Madrid man, his part in the breakup, remains a mystery.

What happened between Georgina Rodriguez and Cristiano Ronaldo?

Cristiano’s break-up with Irina was a hard phase for the soccer player. Irina moved on very quickly but Ronaldo seemingly struggled to cope with the breakup. In an interview, he said, “I have been in Real Madrid and I have split up and it’s not easy. It was a difficult time for me,” talking about how it was difficult to get out of that critical time.

However, after one year of the break-up, Ronaldo met with Georgina Rodriguez. This time, it looked like the Portuguese has found the woman he was looking for. Georgina got along with his mother very well. She took care of his kids very dearly and had two kids between them as well. Georgina always attended most of Ronaldo’s matches. However, his latest move to Al-Nassr has reportedly created a problem in their relationship.

Spanish media outlets have reported that Georgina is very unhappy with Ronaldo’s move to Saudi Arabia. She wasn’t happy, leaving her family and friends back in Europe. However, Georgina has posted multiple pictures with romantic captions for his partner after the reports surfaced.

Ronaldo has also called their scheduled wedding off and it has created major questions. His disappointing results last year are being considered as the main reason behind this. We wish Georgina and Cristiano luck and hope they overcome the difficulties they are having in their relationship.