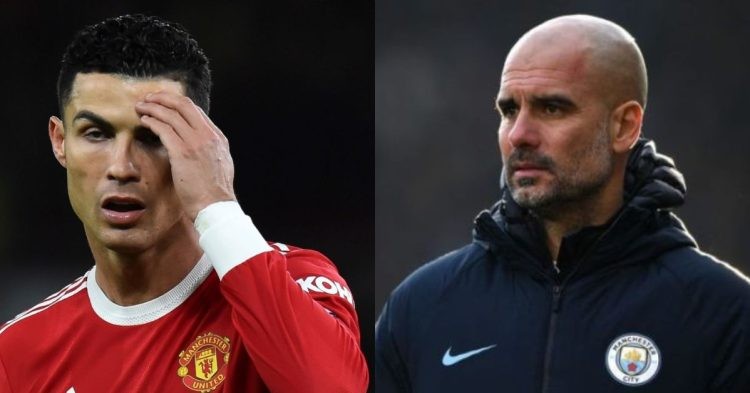 Cristiano Ronaldo has made his intentions to leave Manchester United very clear. United’s manager Erik ten Hag also sanctioned the move and would not be an obstacle in the Portuguese’s departure. The only problem in the summer was that United wanted $15 million for Ronaldo. Clubs were not ready to pay such a high transfer fee on top of the huge wages Ronaldo would demand.

Man United have received no interest in Cristiano Ronaldo despite making him available on a free transfer since the summer, sources have told ESPN. pic.twitter.com/Hv18rxfXLW

There has been no interest in the striker’s services on a transfer fee. Hence, reports indicate United is prepared to let Ronaldo leave for free. Many clubs are interested in the Portuguese’s signature on a free transfer.

Reports from Manchester United say that they have received no interest at all for Ronaldo, other than from Saudi Arabian club Al-Hilal. Few clubs would be interested in signing Ronaldo based on his current form. The transfer window in Europe is currently shut. Not many clubs would want to go looking for such a big signing this early.

There is some hope in United and Ronaldo’s camp that clubs would be more interested in the January transfer window. It would follow the World Cup as well, where many expect Ronaldo to return to his former goal-scoring self.

📝 – Napoli are one of many Seria A clubs interested in #mufc’s Ronaldo this summer. [@jac_talbot]

Despite there being no current interest in Ronaldo, lots of clubs were interested in the Portuguese this summer and last. Ronaldo was heavily linked with Manchester City before United swooped in for the Juventus striker. Clubs like Atletico Madrid, Sporting Lisbon, Chelsea, and even a few Serie A clubs were reportedly interested in Ronaldo.

Why is Manchester City not interested in Ronaldo anymore?

Pep Guardiola was always interested in signing a striker before this summer. While Gabriel Jesus and Ferran Torres were good, Pep always wanted a different class of player in that position. That is why Manchester City was interested in trying to get Ronaldo from Juventus, but only on a free transfer. Unfortunately for them United swooped in and re-signed the Portuguese for $15 million.

Manchester City have decided to LEAVE negotiations for Cristiano Ronaldo. He’s NOT joining Manchester City – club position has been so clear in the last minutes. 🚫🔵 #MCFC #Ronaldo

Important to clarify: personal terms have never been agreed, same for fee for Juventus. ❌ pic.twitter.com/lEE5A6XSKY

Since then Guardiola has signed Erling Haaland. Since he has also joined United again, there is very little to no chance of him moving to City. Guardiola also spoke to BT Sport regarding Cristiano Ronaldo’s failed transfer to City.

“I would say frustrated isn’t the right word. We have an exceptional squad, I say thank you all the time to the club and the organization for the future and the best players possible to compete. We aren’t frustrated, it’s good that a player like Cristiano Ronaldo is back in England for the Premier League. It’s good news.”

City indeed does not require Ronaldo’s services anymore. Besides Erling Haaland, they have also signed Julian Alvarez, touted to be the next Sergio Aguero. Manchester City now has two strikers Pep trusts, which would make it very hard to find space for Cristiano Ronaldo.