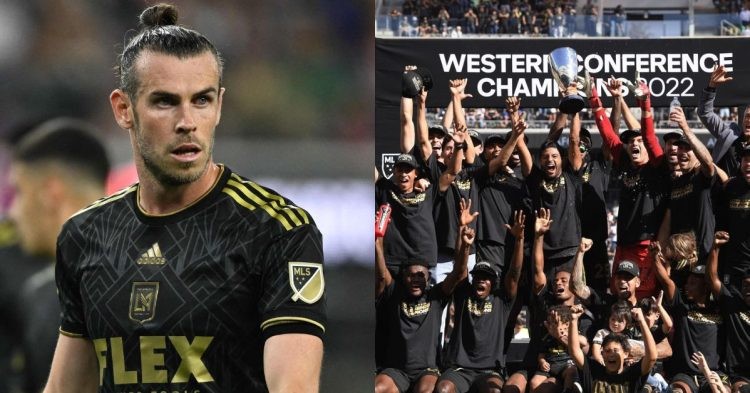 The MLS season comes to an end today with LAFC facing off against Philadelphia. The winners of the leagues of the two conferences will play each other in the finals of the MLS. This is a model similar to the NBA in the USA. Philadelphia finished at the top of the table with 67 points in the Eastern Conference, just two points ahead of Montreal.

In the Western Conference, LAFC finished on top with 67 points as well, but 11 points clear of their nearest competitor Austin. Gareth Bale’s start to life at the MLS has not been kind. He has played just 12 games in an injury-ravaged season, scoring just 2 goals. He remains a doubt for the finals today.

The match is set to kick off at 1:30 AM IST, 4:00 PM EST and 1:00 PM PST. From the next season, Apple TV will reportedly have all the broadcasting rights to the MLS. Meanwhile this year the match will be broadcasted live on fuboTV, YouTube TV, Hulu+ Live, Sling TV, and DirecTV.

LAFC has updated that ex-Real Madrid superstar Gareth Bale will be out until the World Cup, meaning the Welsh talisman will miss his team’s most important game of the season. Many predictions have flooded in just before the match today. Many have touted LAFC as favorites, due to home advantage.

In previous MLS finals, home advantage has been huge. The last time a visitor won a match away in the finals was back in 2015 (in normal time). LAFC would also be spurned on by their disappointing performance in 2019. LAFC also has more strength on the bench when compared to Philadelphia. LAFC’s Kwado Opuko has been mentioned as an important player off the bench, with his speed capable of causing even the sternest defenses in the league some problems.

Philadelphia will be no easy task though. The two teams have had the best defenses in both leagues. A big talking point of the game would be the two team’s solid defenses. Philadelphia has conceded just 26 goals as compared to LAFC’s 38. It will in all likelihood be a tightly contested game.