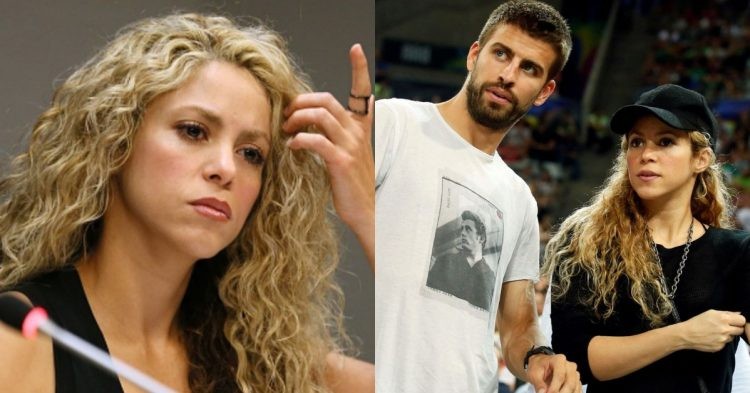 Legendary Pop singer Shakira is set to enter a trial for her 2018 tax evasion case. Spanish prosecutors accused the Columbian singer of not paying taxes from 2012-2014. But Shakira has denied all the allegations as she insists that there was nothing illegal and she has paid her taxes in full!

In July earlier this year, the prosecutor offered her a settlement deal over the dispute. She could have settled the tax evasion lawsuit where she was accused of not paying €14.5 million. But the 45-year-old did not agree to the terms and decided to go on a trial to prove her innocence.

According to a report from Reuters, the Esplugues de Llobregat court confirmed on September 27th that the trial will take place on the matter and there is a possibility that Shakira may face upto 8 years in jail. Not only that, Shakira would also have to pay a sum of €23.8 million on top of imprisonment if she is found guilty.

Why is Shakira facing a tax evasion case?

Shakira was in a relationship with FC Barcelona and Spanish international soccer player Gerard Pique for 11 years. As a result, she spent a good chunk of her time in Spain. As per Spanish law, a person is considered a resident of the country if they spend 6 months in it. It is done mainly because of tax-related purposes. In 2012, she bought a house in Spain where she lived with her ex.

Although Shakira did not become a Spanish citizen until 2015, her constant visits to the country from 2012-2014 made the authorities count her as a citizen. Being a citizen meant that Shakira had to pay taxes to the country. But she did not do so as she spent the majority of her time outside Spain for her music concerts.

Shakira’s response to the accusations of tax fraud

Shakira is a revered figure in the world of music. She has created timeless songs such as ‘Whenever, Whenever,’ ‘Hips Don’t Lie,’ and many more. But perhaps the biggest hit of her career came thanks to her connections with soccer. She created the anthem for the 2010 Soccer World Cup ‘Waka Waka.’ The song has over 3.2 Billion views on YouTube and remains the most popular soccer anthem of all time.

Hence a serious accusation such as this will hurt her public image. But as mentioned previously, she has pleaded her innocence in public. In a Spanish interview with Elle, Shakira clarified that she does not owe any taxes and wants to go to trial as she feels there is enough evidence to prove her case.

“Because I have to fight for what I believe in; because these are false accusations. First of all, I didn’t spend 183 days a year at all. I was busy fulfilling my professional commitments around the world. Second, I paid everything they said I owed, even before they filed a lawsuit.”

“So I don’t really owe them anything. And, in fact, I have been advised by one of the four largest tax specialist firms in the world, PricewaterhouseCoopers, so I have the confidence that I have done things in the most correct and transparent way from day one.” (translation via Google)

Despite the confirmation, there is no official date as to when the proceeding will begin. It has to be mentioned that her ex-boyfriend Gerard Pique was also accused and later ordered to pay £2 million in 2015 for unpaid taxes from 2007-2010 (as per Bleacher Report).