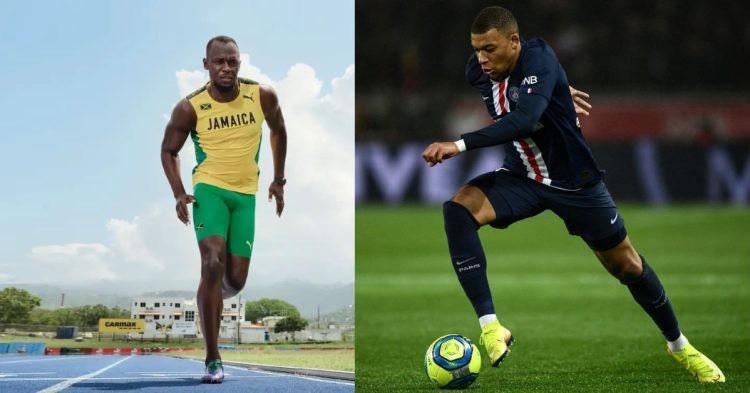 Kylian Mbappe is a French professional soccer player who currently plays for Paris Saint-Germain. He is considered one of the best players in the world, and his pace and skill on the ball are unmatched. He has been clocked at a top speed of 22 mph (36 kmph), which is remarkable for a football player.

Usain Bolt and Kylian Mbappe have both become household names in the world of sports. When it comes to speed, these two athletes have set the bar incredibly high. Bolt is widely regarded as the fastest human being on the planet, and his top speed of 27.8 mph (44.72 kmph) is unmatched by any other sprinter.

This remarkable speed has enabled him to set world records and win numerous medals in the Olympic Games. Meanwhile, Mbappe is no slouch when it comes to speed either.

The PSG star has a top speed of 22.4 mph (36.03 km/h), which is remarkable for a soccer player. Mbappe’s impressive speed has enabled him to become one of the most lethal players in the world. His ability to outrun defenders and score goals have made him one of the fastest player in the sport.

Usain Bolt and Kylian Mbappe are in a class of their own. Their remarkable top speeds have enabled them to become two of the most successful athletes in their respective sports. Their incredible speed and agility have made them global superstars and they have become an inspiration to millions of aspiring athletes around the world.