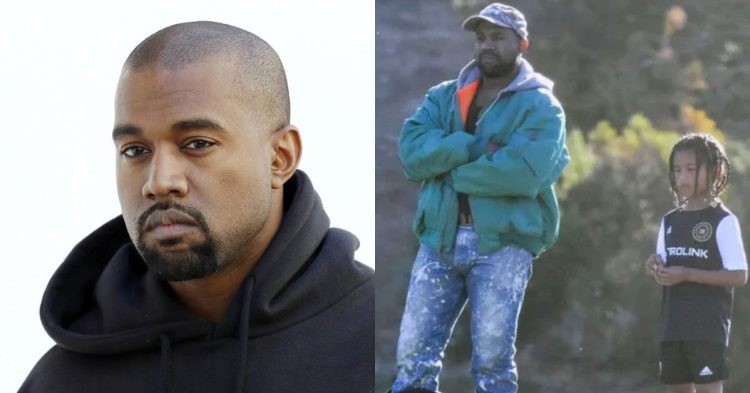 Kanye West has been in the news for all the wrong reasons of late. His controversial comments have seen him lose many sponsorship deals, like Adidas. His net worth has also reportedly dropped below the billion-dollar mark. The rapper’s anti-semitic remarks on his social media accounts led to both Instagram and Twitter restricting his account for violating their guidelines.

TMZ released a video showing Ye arguing with another parent at his son’s soccer game and then storming off. According to the tabloid, the argument got so heated that the rapper had to leave the field altogether.

Others fail to see any such altercation between Kanye and the parent.

FACTS!! If it was a REAL argument—why are the people in the chairs not looking back in shock and horror?? And why did no one call the police?! We have to STOP believing everything we see or read—peopllllle!! 🤷🏾‍♀️💯

Fans have questioned TMZ and their constant reports on Kanye West.

Others have said this is the most normal thing the rapper has done, following the controversy he is in the midst of.

Behaving badly at a youth sports event was the most normal thing Kanye’s done in weeks.

Kanye West has had many of his brand deals revoked in response to his social media comments.

The rapper’s comments on his social media handles have led to him losing most of his sponsorship deals. His net worth has reportedly lost $2 billion in one day. This was due to his anti-semitic and “White Lives Matter” comments controversy. His fans had even started a GoFundMe page to return the rapper to billionaire status. The page was removed within minutes, and it managed to raise just $5. Jay-Z is now the wealthiest hip-hop artist with a net worth of $1.5 billion. Ye was at the top of this list until earlier this week.

Better late than never. Thank you @adidas for terminating your relationship with @kanyewest.

Anyone who spews antisemitic hatred must be held accountable, no matter who or how powerful they are!#Kanye #Ye #West #KanyeWest #CAA #MRC #ADIDAS #Balenciaga #Music pic.twitter.com/qZ81OO86zj

Much of Kanye’s net worth now comes from his stake in Kim Kardashian’s clothing line. The rapper reportedly owns 5% of the company. Additionally, his footwear brand Yeezy and his music catalog are said to be the main sources of his income at the moment.

Forbes also reported that Ye has lost his billionaire status and is worth $400 million now. The companies that have cut ties with the rapper are Adidas, Balenciaga, along with Gap. Many were relieved to see that big brands like Adidas made the statement of dropping Kanye, showing that there is no place at all for such comments.