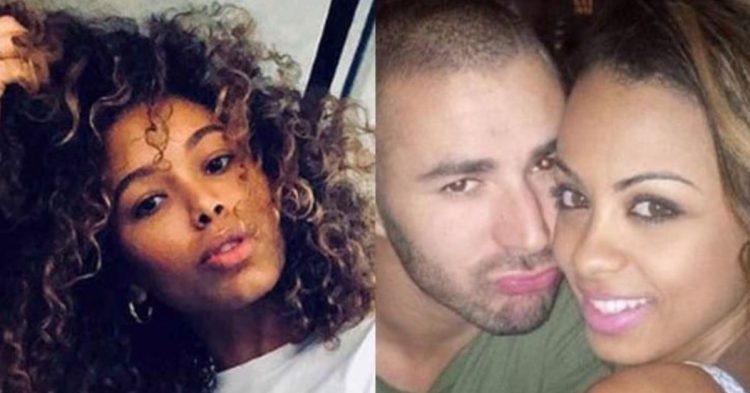 Karim Benzema is a French professional football player who plays as a striker for Real Madrid and the French national team.

Benzema was born on December 19th, 1987. He is known for his aerial ability, crisp finishing, work rate and play-making.

As a practising Muslim, he observes fasting during the Islamic holy month of Ramadan. His grandfather, Da Lakehal Benzema, lived in the village of Tigzirt, located in the northern town of Beni Djellil in Algeria, before migrating to Lyon, where he eventually settled in the 1950s.

Benzema’s father, Hafid, was born in Tigzirt, while his mother, Wahida Djebbara, was born and raised in Lyon; her family originated from Oran.

Karim Benzema is said to be one of the best strikers in the world right now. With an enthralling last season at Real Madrid, winning the domestic title and the glorious Uefa Champions League.

Who is Karim Benzema’s wife?

Cora Gauthier is a model who is Benzema’s wife. She came into the limelight when she married a famous international footballer, Karim Benzema.

Cora Gauthier was born on April 11, 1989. She was born in Paris, France. Her sign is Aries, according to her birthday, and she belongs to the Muslim religion. Cora Gauthier is often associated with a multiracial ethical background.

She is the wife of Karim Benzema, a famous football player. She likes to keep her profile low-key and private.

Cora grew up with her sister named Sary Gauthier. Cora’s family origin was from Martinique. Cora was also born in France and her nationality is French.

However, she has maintained strict secrecy when it comes to her private information. We currently don’t know the names of her parents and their occupation; we are also unsure whether they have any siblings.

Cora is a model who has a tie-up with shoe and clothing brands. Besides being a model, she is also an Instagram influencer as she is quite famous and popular on Instagram with more than one lakh followers.

Does Karim Benzema have children?

After dating and being in a relationship for more than a year, Karim and Cora decided to get married in December 2016.

They both became parents on May 5th, 2017 as Cora gave birth to her first son, Ibrahim Benzema. Cora is also said to be the stepmother of Melia. Karim Benzema’s daughter, Melia, is the product of his past relationship.

As we know, Benzema and Cora seem to be doing very well. But on July 2, we saw something that gave us a reason to question their marital happiness.

On July 2, Karim Benzema posted a photo on social media from a private jet. Strangely enough, we see a plate with cakes and a woman’s leg with a white fingernail. Interestingly, the photo was quickly removed and replaced with a new one without the toe.

There has been some speculation on this topic, but it could have been the foot of Benzema’s wife, but then why remove the post?

American model Jordan Ozuna, 32, has been named Benzema’s possible woman. The main proof is the girl’s latest photo on social media. We must note that Jordana’s pedicure is the same as in the deleted photo from Benzema’s account.

So, the rumours might be true, and as we see day-in and day-out, footballers cheating on their wives with other women.

Are Karim Benzema and Cora Gauthier still together?

By the way, there have been an increasing number of rumours on the Internet lately that Benzema and Gauthier have divorced, but there is no official information about it. It should be recalled that the couple is raising a son, Ibrahim.

It has been speculated that, at the end of 2019, Karim Benzema left Cora to return to his first wife, Chloe de Launay. With her, he gave birth to a little boy named Nouri, their second child after Mélia, born in 2014.

Nevertheless, the footballer could have reconnected with his second wife. In the summer of 2021, Karim and Cora were spotted in Greece with the sportsman’s three children, Mélia, Ibahim, and Nouri.

Finally, the couple were seen holding hands in the summer of 2022, leaving a romantic dinner in Santa Monica.