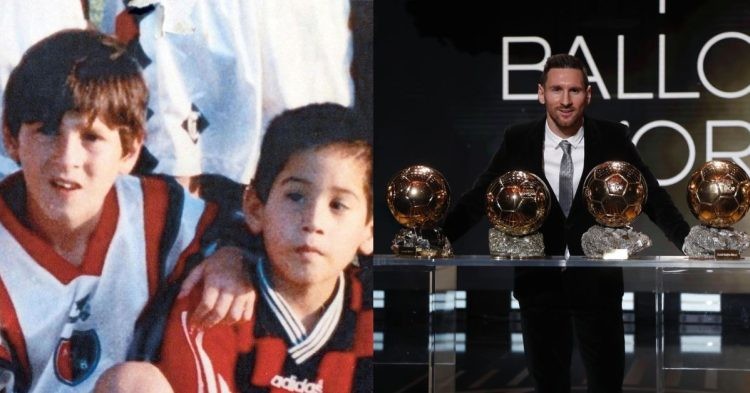 695 club career goals, 91 international career goals, 16 records and 8 Ballons d’Or later, Lionel Messi has etched his name in every football fans head. One of the world’s greatest footballers to grace the game Lionel Messi, almost had his career ended before it even got started.

Messi was diagnosed with a growth hormone disorder or GHD. It is called idiopathic short stature, but some problems go beyond being shorter than average.

How Did Lionel Messi’s Disability affect him?

Children with GHD have abnormally short stature compared to other children of the same age and sex with normal body proportions. One of the ways to check for GHD is to track protein levels found in blood plasma.

The treatment for GHD was injections of human growth hormone. For someone with GHD, this is a life-changer, allowing them to not only develop greater height but also help deal with a variety of internal issues,

The treatments are expensive, a monthly expense that drove his family’s financials into the ground. Argentinian clubs, River Plate and Newell’s Old Boys passed on that expense despite the promise of a very young Messi.

He then signed with Barcelona in 2013, the only club that could afford his treatments. He was shot with Human Growth Hormone injections every night since he was 12 years old.

At the time of his diagnosis, he was only 4’2, but now he is listed at 5’7″, which is exactly average and normal in the physical sense for an Argentinian male.

GHD is an illness that needs to be treated all the time, and this would mean that Messi is still taking the HGH which in return gives him an unfair advantage over the other athletes.

But According to Section 46 of FIFA’s anti-doping code, A therapeutic use exemption (or TUE) is granted for a player’s use of a banned substance when that substance is considered medically necessary.

Messi did not use HGH as a performance enhancer, he was using a prescribed treatment, monitored by physicians, to overcome a medical condition.

His treatment continued from the age of 13 till the age of 17, during this period his treatment was charted by the medical staff at FC Barcelona. They sealed Messi’s medical records and give no responses to queries about Messi’s possible ongoing steroid use as the means of treating his illness.

Is HGH a steroid?

It has a wide range of effects on the body and helps children grow by promoting cell division, growth, and regeneration. World Anti-Doping Agency (WADA) website explains the attraction for its use as a doping agent in power and endurance sports.

HGH is banned both in-competition as well as out-of-competition. According to the WADA website, there have been 15 adverse analytical findings of HGH usage among athletes. Two athletes also received bans after testing positive for HGH at the 2012 London Paralympic Games.