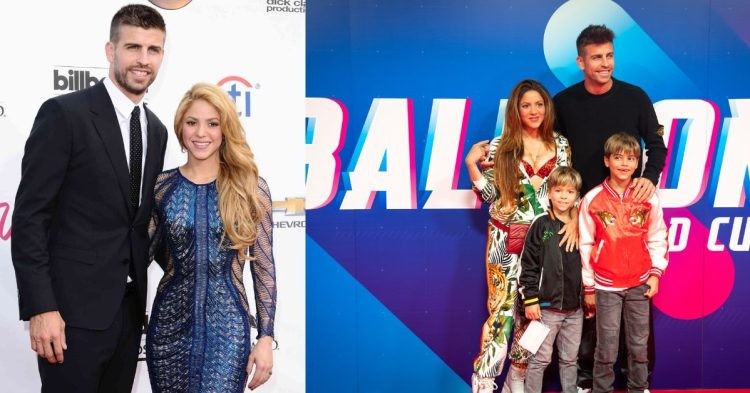 Shakira and Gerard Pique with their children (Credits: Google)

The saga of Shakira and Gerard Pique seems to have finally come to an end. The former couple separated in June last year. Shakira decided to part ways with Pique when she found out about the former FC Barcelona defender’s infidelity. After winning the child custody agreement in court, the Colombian songwriter is set to move to Miami with her two sons, Sasha and Milan. Pique, meanwhile, will continue to live in Barcelona.

However, according to recent reports, there are still ongoing frictions between the former couple. Recently, Shakira lost her cool with her soon due to the ongoing fiasco with her former boyfriend. According to Spanish journalist Marc Leirado Millan, the Colombian singer was seen agitated with her son.

Why did Shakira yell at her son?

Shakira is spending her final few days with her children in Barcelona before they leave for Miami. The Waka Waka singer is residing with her sons at their residence in Barcelona, which will soon be auctioned and sold. Gerard Pique is currently residing with his new girlfriend, Clara Chia Marti, at his bachelor pad.

According to Marc Leirado, Shakira’s son was waiting for his father to take him out as the former Spanish international gets to spend about ten days with his children before they move to Miami. However, when Pique arrived to get his children, one of his sons started to cry for his mother. Shakira did not come to see her distraught son. She was, however, heard yelling from the garden. As per the reports, she yelled out, “Calm down, and see you soon!”

After that, Shakira and Pique both went up to their house with their children to sort out the issue. After spending almost half an hour in the house, Pique emerged with his two sons and they finally went out. The Spanish journalist refused to pick sides, albeit between the former couple during the incident. These incidents, however, certainly hint at the falling out between Shakira and Gerard Pique.

However, it seems that Shakira is trying to turn over a new page with the arrival of the new year. She recently posted a rather cryptic message on her social media accounts which was a clear indication of her ongoing conflict with her former boyfriend. It seems that the Grammy-winning singer has not still forgiven Pique for his infidelity, which has caused a rather huge controversy in the life of both Shakira and Pique.