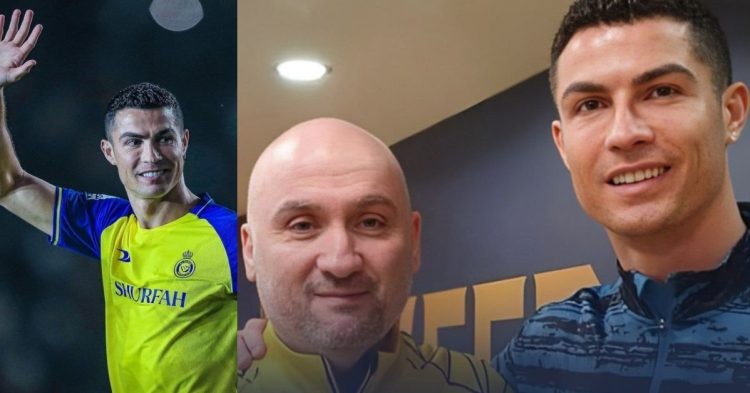 Cristiano Ronaldo recently completed his move to the Saudi Arabian side Al-Nassr. It has been widely reported in the media that the former Manchester United star is set to earn up to $214 million annually. One man has made the five-time Ballon d’Or winner’s move to the Saudi League smoother. Ronaldo has chosen a 50-year-old Syrian man, Mahmoud Hannahn, to work with him.

Hannahn is reportedly known to speak eight languages. The translator has a long-standing relationship with Al-Nassr. The Syrian’s mother tongue is Kurdish. In addition, he is fluent in Serbian, Croatian, English, Bosnian, Spanish, Russian, and Arabic.

Ronaldo’s new personal translator told Rudaw Media Network: “As a Kurd, I am very proud to translate Cristiano Ronaldo’s words in the Victory Hall and get to know the biggest star in the world.” It seems he is very excited to work with the former Real Madrid talisman.

After terminating his relationship with super agent Jorge Mendes, Cristiano Ronaldo does need all the help he can get in Saudi Arabia.

When did Mahmoud Hannahn join Al-Nassr?

Mahmoud Hannahn belongs to the city of Afrin. This city is located in the northeastern part of the middle-eastern country of Syria. Within Afrin, the 50-year-old hails from the mountain district of Raju. The Syrian has a long history in sports.

The Kurdish translator joined the Saudi Arabian club Al-Nassr in 1999. He also worked with the Saudi National team in the 2002 World Cup. After the World Cup, he returned to Al-Nassr where he resumed working till 2007. Thereafter, Hannahn worked with Al-Ittihad Club in Jeddah.

Over the course of his long career, Mahmoud Hannahn has witnessed a lot of victories. He has won the Saudi League Championship thrice and the Saudi Super Cup twice. He has also been to the World Cup with Saudi Arabia in 2002. The Syrian has even been to the Club World Cup when he previously worked with Al-Nassr.

The signing of Cristiano Ronaldo has been massive for Saudi Arabian Soccer. One can only imagine the renewed interest and the growth that Ronaldo’s inclusion in the Saudi League will project. Naturally, working with a man of Ronaldo’s stature is an attractive proposition for just about anyone. Mahmoud Hannahn has been given the opportunity to assist CR7 in leaving his mark on Asian soccer.