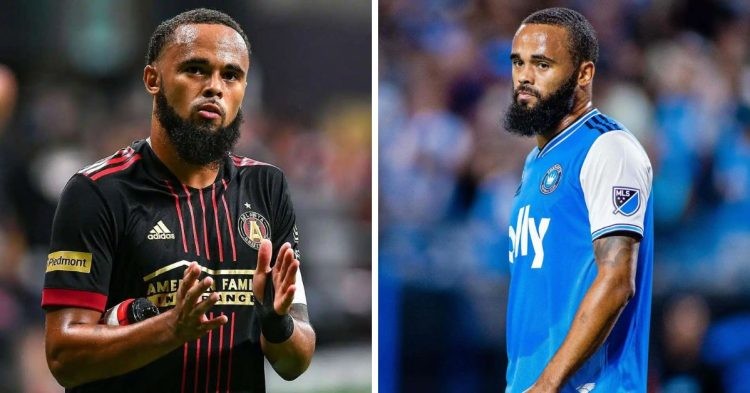 Anton Walkes, a former defender for Tottenham and Portsmouth, passed away at the age of 25. Charlotte FC, for whom Walkes was playing in the upcoming Major League Soccer season, verified his passing on Thursday in southern Florida.

Sources such as the Miami Herald report that Walkes was discovered unconscious after two boats collided near the Miami Marine Stadium Wednesday. Despite the efforts of CPR, Walkes was ultimately taken to a hospital where he was pronounced dead. Wilkes had been in the state with Charlotte FC for a pre-season training camp, according to the Charlotte Observer.

The Florida Fish and Wildlife Conservation Commission, who are carrying out a probe into the crash, have stated that Walkes was a passenger instead of the driver of an 11′ personal watercraft that collided with a 46′ cabin boat.

Contrary to previous reports, Walkes was not driving a full-sized boat. According to the Florida Fish and Wildlife Conservation Commission (FFWCC), the 32-year-old Marie-Luise Taubert, who had celebrated her birthday the day before, was in control of the personal watercraft with the Charlotte FC player on board behind her when the crash took place. Luckily, neither she nor the driver of the other vessel were injured.

Walkes, who hails from London, worked his way up through the Tottenham Hotspur youth team and played his only match for the team in a Carabao Cup match against Gillingham in 2016. He then moved on to Portsmouth where he stayed for two years.

Charlotte FC secured Walkes ahead of the 2022 season, and he made 24 appearances to aid in the team’s ninth-place finish in the Eastern Conference. He had been featured in Major League Soccer with Atlanta United previously.

The news about Walkes’ passing was met with deep sorrow by his team, who expressed their sympathies on social media. “We are deeply saddened to share that Anton Walkes has tragically passed away this morning,” Charlotte FC posted on Twitter. “May he rest in peace.”

Fans react as Anton Walkes dies in a boat accident

The world of soccer was plunged into sorrow and grief with the news of the death of Anton Walkes. Fans all over the world took to social media to express their sadness and pay tribute to a player who had been tipped for great things. The outpouring of grief and emotion was not limited to those in the soccer community, with fans from all walks of life paying their respects.

These things seem to be happened a lot lately. God bless everyone who is killed

Sorry for your loss, lads. Hate seeing someone so young taken, no matter who he played for.

Awful news. Rivalry aside, this is terrible. My thoughts and prayers are with his family, Tottenham family, and friends!
RIP Anton!

My home club and my favorite PL club coming together, but not for a reason I had hoped. 😢

Oh my goodness 😳😳😳😭😭 no way Anton is dead. I remember bumping into him at RDU Airport. RIP Anton. So young. So so young.

Condolences 🥺 he’s a father so sad

Incredibly sad and shocking news. So so young! My thoughts are with his family 💙

The sudden and unexpected death of Anton Walkes has left the soccer community and fans in mourning. His contributions to the sport were significant and his legacy will live on in the hearts of those who knew and loved him. We send our condolences to his family and friends during this difficult time.