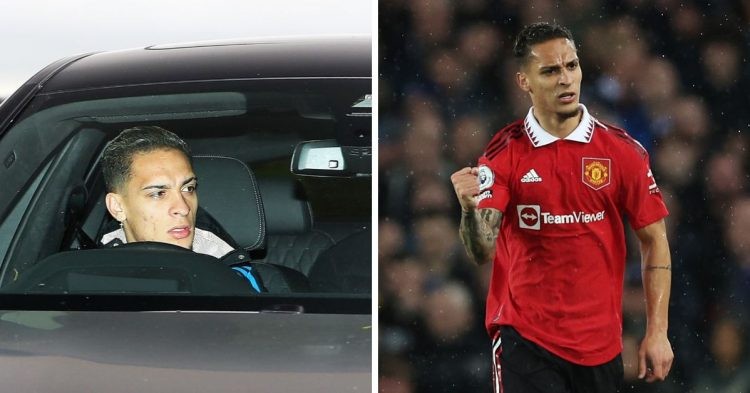 On New Year’s Eve, Manchester United’s £85 million summer signing Antony had a car accident. The winger was driving his BMW X6 when it collided with roadworks located on the M56, shortly after he took part in United’s 1-0 victory against Wolves at Molineux. Fortunately, he was unharmed in the crash.

Antony was omitted from Manchester United’s team for their 3-0 victory over Bournemouth on Tuesday but returned to play in the 3-1 win against Everton in the FA Cup on Friday. He gave no further details of the accident but referred to it as a ‘shock’.

Antony crashed his car on a motorway on New Year’s Eve in a terrifying incident, but escaped unhurt. [@MirrorFootball] #mufc

Antony said “I also feel relieved as in the last few days I had a shock, but I prefer not to comment on what happened. It was a personal matter, really hard but I’m very grateful to God for putting this behind me now.”

Antony also said, “It was a really, really difficult moment for me. But God has always been by my side and I’m grateful also to my family. I dedicate this goal to them and it’s in moments like these that you know who really loves you.”

At the conclusion of the match, Antony expressed his delight in scoring and achieving his personal goals. He emphasized that the most important thing was Manchester United’s qualification, but was thrilled to have accomplished his own objectives as well. The announcement has caused a stir in the Premier League, but Manchester United supporters are relieved to find out the player is unharmed.

As per The Sun, a source stated “It was dark and wet and he made an error of judgment. He was shook up but thankfully no one else was involved and he wasn’t injured.” Antony made a great contribution to Manchester United‘s 3–1 victory against Everton in the FA Cup third round by scoring a goal just four minutes in. It marked the second time he has scored against the Toffees in his brief tenure with the Red Devils, also having hit the back of the net against Arsenal and Manchester City.

Antony was highly involved for the Red Devils during his 84 minutes on the field, earning 58 touches. His passing accuracy was particularly noteworthy, with 39 of his 44 passes finding their intended target. Additionally, the 22–year–old posed a goal–scoring threat, getting two shots on target and netting the opening goal of the match which set the team up for success against Everton.

Antony was fortunate to not sustain an injury in the accident, however, he was understandably rattled afterward. Consequently, Erik ten Hag chose not to include him in the match against Bournemouth. The accident, which happened close to Antony’s home, was attended to by the police who administered a breathalyzer test, and he was cleared.

It’s just come out that Antony was involved in a serious car crash on near years eve, I think it’s time rival fans laid off this guy for a bit personally.

Glad Antony wasn’t hurt in this car crash yet everyone was moaning he was left out of the Bournemouth game cos he was “injured” it could of been a lot worse then that I mean a lot worse if u know what i mean #mufc ☹️🙏 https://t.co/0ZrZ5i1GG6

And he came back scoring 👑

They still won’t.. they’ll be expecting him to play 10/10 every week

honestly explains why he has been a bit low on confidence

The news has sent shockwaves across the Premier League, but fans of the Red Devils are relieved to know that the player is safe. Although the incident was obviously a frightening experience for Antony, it serves as a reminder to all drivers to always be careful on the roads.

Antony has done well to bounce back from the unfortunate incident. Recently, he opened the scoring against Charlton in the Carabao Cup, and helped United book their seat in the semi-finals, where they will face Nottingham Forest.