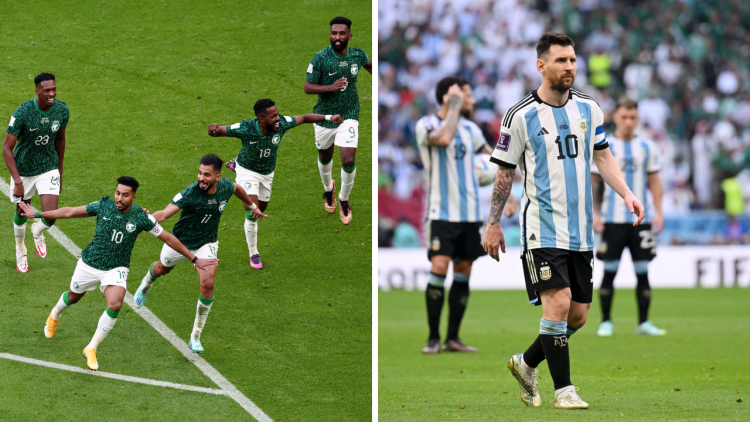 At the Lusail Stadium, Asian powers Saudi Arabia defeated two-time world champions Argentina in one of the biggest upsets in FIFA World Cup history. The loss in Qatar put an end to the Lionel Messi-led team’s 36-match unbeaten streak.

Messi and company now have two difficult games against Poland and Mexico, making it difficult for them to advance from their group. The 2021 Copa America champions had been one of the early favorites to win the World Cup, but now their chances are severely diminished and they have no more tolerance for mistakes. Argentina will need to beat Mexico at the Lusail Stadium on Saturday and Poland at Stadium 974 four days later to guarantee their progression to the last 16. If they fail to do that, there’s a chance they could be knocked out of the World Cup in the first round.

While fans in Argentina were disappointed, the Saudi Arabian fan base was ecstatic with a victory that even their most fervent supporters did not predict. Thousands of Saudis made the short trip to Qatar for the match and the celebrations are likely to continue for many hours to come. One thing a group of supporters did to mark their historic win against Messi was by imitating his long-term rival, Ronaldo. Saudi fans were spotted performing Cristiano Ronaldo‘s iconic “SIUU” celebration outside the stadium in videos that have since gone viral.

For those who don’t know, Messi and Ronaldo are longtime rivals who many consider being the two most significant players in history. Both players are probably playing in their final-ever FIFA World Cup in Qatar as the pair have been vying for the title of best in the world for over a decade. In a career that has seen both players achieve unprecedented success, Messi and Ronaldo have yet to each receive the FIFA World Cup trophy and the title of “World Champion.”

Ex-Premier League star Nedum Onuoha added: “At times we think football is predictable, and then things like that happen and you are reminded about why we love football. As long as you are committed and take the opportunities you have, anything is possible.”

Liverpool legend Graeme Souness was left in disbelief at Argentina’s performance. “That was a shadow of any Argentina team I have seen,” he told ITV. “They were a shadow today.”

Argentina might have a tough road ahead of it in the FIFA World Cup 2022. However, it won’t be surprising to see Lionel Messi led team turn things around in the upcoming matches.