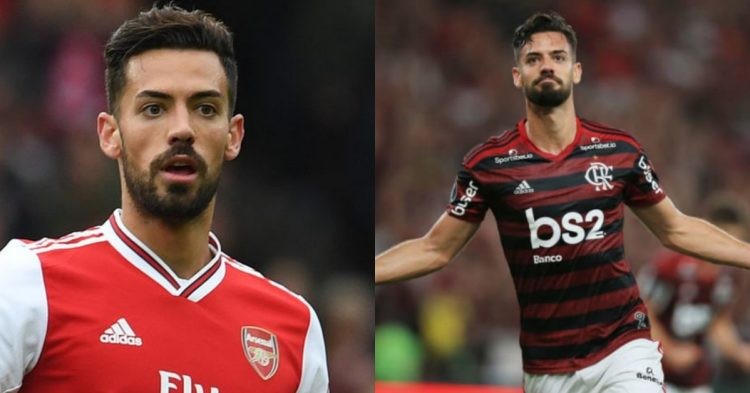 In a piece of unfortunate news, Arsenal player Pablo Mari is currently in the hospital due to stab wounds.

As reported by the Daily Star, Pablo, along with five other bystanders, was stabbed by a man. The respective authorities have apprehended the perpetrator.

The report suggests the attack was not a pre-planned one. The incident took place in a shopping mall in Milan. A 46-year-old man apparently started attacking people inside the mall. As a direct result of the attack, one victim is reportedly dead.

Former Arsenal centre back Pablo Marì got stabbed by a mad man in a shopping center close to Milano, per reports.

He’s amongst six people stabbed — and he’s now at the hospital.

As far as Pablo Mari is concerned, he is currently in a hospital with stab wounds. Mari is presently playing for the Italian soccer club Monza. He is in the club as part of a season-long loan deal. Following the horrifying incident, Monza CEO Adriano Galliani and coach Raffaele Palladino reportedly scheduled a visit to the hospital.

The current Arsenal manager Mikel Arteta and technical director Edu Gaspar also reached out to the player regarding the situation. So what does Arsenal have to say about the incident? The club put out a statement where they reassured the fans that Pablo is not gravely injured.

Our thoughts are with Pablo Mari and the other victims of today’s dreadful incident in Italy.

We have been in contact with Pablo’s agent who has told us he’s in hospital and is not seriously hurt.

Mari is married to long-time girlfriend, now wife, Veronica Chacon and has a child with her. According to a statement from Galliani, the 29-year-old suffered a cut on his back. But fortunately, none of his vital organs suffered damage.

Fans react to the attack on Pablo Mari

Pablo Mari is a Spanish soccer player, mostly known for his tenure at Arsenal. He played on 22 occasions for the London-based soccer club. The defender is currently playing in Serie A, where he has made 8 appearances and registered one goal for his club side.

However, depending on the severity of the injury, he may end up missing a few games this season. An attack such as this is highly condemnable. At the moment, the investigators are not labelling it as a terrorist attack. The reactions came pouring in as fans online expressed their concern about the player and wished Pablo a speedy recovery. Pablo is reportedly conscious after the attack.

Oh, my gosh! I hope he get well soon. As a former left back in @Flamengo squad who won the #CopaLibertadores2019, he always will be on Flamengo’s fans hearts. 🙏

Thoughts are with Pablo Mari who has been stabbed in a shopping centre near Milan today, as per reports in Italy. Six people were stabbed in the incident and he is now in hospital. Horrible news. pic.twitter.com/8fawCOKwKw

There are far bigger issues than football tonight. My thoughts to out to Pablo Marí, his family and all others affected by the stabbing in Milan that took place this evening.

What are your thoughts on the heinous crime? Let us know in the comments down below.