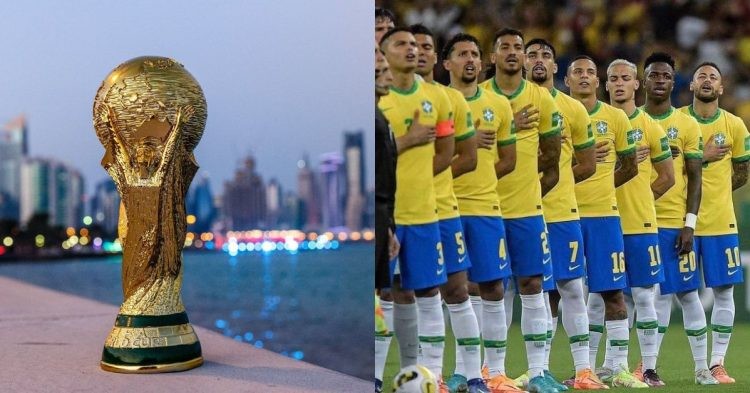 The FIFA World Cup 2022 is just around the corner. The first game kicks off on November 20th as the host nation Qatar plays against Ecuador. There are many favorites for the prestigious tournaments. Nations like Brazil, Argentina, Germany, France, Portugal, and more are all in contention to bring home the World Cup trophy.

One of the teams that many fans expect plenty from is the South American nation Brazil. In its history, Brazil has won a total of 5 World Cups, more than any other country. This year, they come into the tournament as one of the powerhouses after lackluster performances in previous World Cups. Let’s take a look at their squad for this year’s tournament.

Who is the captain of the Brazil soccer team?

Among the names selected, Chelsea’s Thiago Silva is also one of them. According to various reports, the center-back will be leading the Brazilian team out of the tunnel at the World Cup this year. He’s one of the senior figures in the dressing room for the country, along with Dani Alves and Weverton.

Thiago Silver has been one of the starters for the Graham Potter-led Chelsea this season. Although many claim that he is currently a shadow of his former self, Silva has proven on multiple occasions this season that he still has what it takes.

Brazil has announced their 26-man squad today, ahead of the World Cup. It seems like they will have their biggest stars available to perform on the biggest stage in the sports world.

🇧🇷 Brazil’s 26-man squad for the #FIFAWorldCup has been named.

How far do you seem them going in Qatar? pic.twitter.com/nNVw6oEyFA

One of the biggest names to be missing from the list will be Arsenal’s, Gabriel Magalhaes. His exclusion has come as a shock to many. The main reason for that would be the performances the Brazilian defender has been putting up for the Gunners.

He has been solid at the back for them and has played a pivotal role in their successful run in the Premier League so far. Arsenal is currently sitting at the top of the table. Another player who is missing from the list is Liverpool’s Roberto Firmino. The forward was seen as one of the starters by many fans. However, it seems like Tite had other ideas in mind.

Brazil’s attack is STACKED for the World Cup 😱🔥 pic.twitter.com/7N91DwcE7p

Neymar Jr and Vinicius Jr will be aiming to win the golden trophy for their nation this year. Neymar has only tasted international success once with Brazil, when he won the 2016 Olympic Gold medal. At that time, Neymar wore the armband to lead the country to a win, can Thiago Silva manage to do that this time around at Qatar?