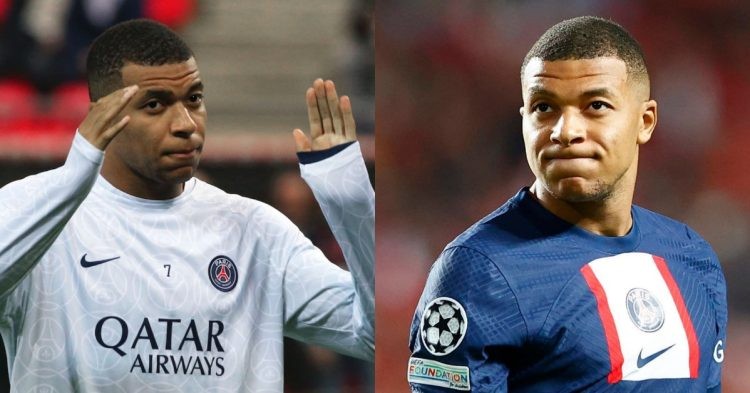 Paris Saint-Germain had their 4th Champion League game of the 2022-23 campaign against Benfica. They drew the match 1-1 where their star player Kylian Mbappe scored his 31st CL goal. However, the news surrounding the club is not regarding the result of the match, instead, a new report confirms that Kylian Mbappe will leave the French club as soon as possible.

French outlet L’Equipe is now reporting that the rumours of Mbappe being unhappy at PSG are not just true, according to their sources, Mbappe’s entourage has validated that he is looking for a way out of the club. Soccer journalist Fabrizio Romano broke the news that Mbappe was unhappy with his position in the club and that the relationship between them was irreparable.

So this latest news just validates what Romano had to say. The report also adds that PSG director Luis Campos, who previously denied the rumours, had a detailed conversation with the French international. During the conversation, it is said that Campos was very understanding of Mbappe’s situation. Even Campos himself is getting restless about the direction that the club is heading.

However, the report states that Kylian will not be a troublemaker in the dressing room. He will be a professional about the whole scenario and focus on his own game. As per the rumours, Mbappe is looking to join a new club in the upcoming January transfer window. Clubs such as Real Madrid and Liverpool are said to be interested in signing the disgruntled youngster.

Why does Kylian Mbappe want to leave PSG?

Kylian Mbappe is currently the biggest star in the world of soccer. Not only does he earn more than legends like Cristiano Ronaldo and Lionel Messi, if rumours are to be believed, Mbappe also holds a position of authority in the biggest French club in the world. So why does Mbappe want to leave his home club despite having such a cushy life in Paris?

Apparently, he does not want to be the striker of the team. Kylian feels he can not realize his full potential playing down the middle. Instead, he wants to showcase his blistering pace on the left wing and have more of a free role in the team. He excels for France where he plays in the wing and has an opportunity to link up with the strikers.

The 23-year-old is also said to be unhappy with the players that the club recruited in the summer. He was set to leave PSG last summer window and join the current European Champions, Real Madrid. But an offer of £1 million per week from PSG and a higher position in the club enticed him to stay and sign a 3-year extension. So things must be extremely toxic for Mbappe to hand in a transfer request.

What do you make of the situation? Do you think Kylian Mbappe’s ego is making him take the call? Or, do you think Mbappe is the victim in this mess of a situation? Let us know in the comments down below.