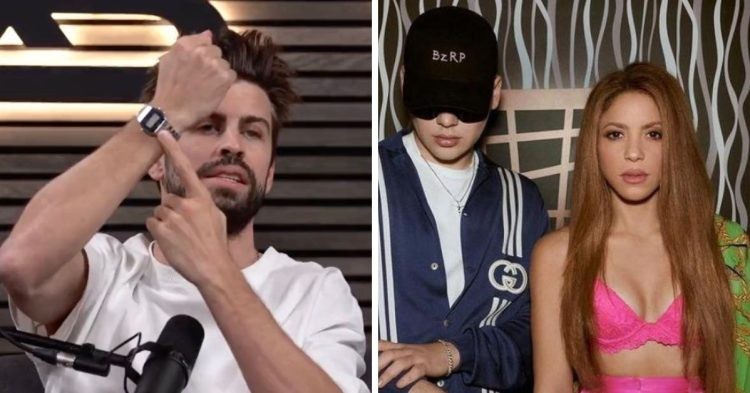 Gerard Pique seemed to take the recent diss song from his ex-partner, Shakira, in stride after disclosing that his 7-a-side league had secured a sponsorship deal with Casio. The couple, who had been together for 11 years and have two sons, Milan and Sasha, announced their separation in June.

The 45-year-old artist took a jab at her former flame and his current girlfriend, Clara Chia Marti, in the words of her newest track. The songster lays it out in plain terms that she is alluding to the 23-year-old with whom her ex is supposedly in a relationship since their separation, stating: “I’m worth two 22s. You traded a Ferrari for a Twingo. You traded a Rolex for a Casio.”

On Friday, Pique featured in a King’s League stream where he gave a response to Shakira concerning his 7-a-side soccer league of which he is the president. During the broadcast, he flaunted a timepiece on his wrist and commented: “Casio has sent us wristwatches. We reached a sponsorship agreement with Casio, the King’s League struck a deal with Casio.”

Gerard Piqué is currently showing off a Casio watch live on stream.

For context, in Shakira’s song released yesterday, she sang: “You replaced a Rolex with a Casio.” pic.twitter.com/zb9epWcBWC

The group streaming with Pique couldn’t contain their amusement when he made a sarcastic remark about Shakira’s diss track. His friend and ex-Man City team player Sergio Aguero was spotted in the background enthusiastically chanting ‘Casio.’ Pique then joked that “This watch will last a lifetime” before Ibai Llanos quipped “You must be joking” when the former defender handed out watches to everyone present.

Shakira joined forces with Argentine music producer Bizarrap to deliver a powerful message about her ex-boyfriend Piqué, who was reported to have been unfaithful to her with his new partner Clara Chia Marti.

Shakira cleverly used Pique’s name and the Spanish term ‘Salpiqué‘ in her lyrics, as well as the word ‘Slaramente’ which could be a reference to Marti’s first name. The song was also a powerful reminder to all women who have had their hearts broken, like Shakira.

Many fans were criticizing the former Barcelona star and many were praising him for his savage reply to the diss track. One of the fans wrote, “He didn’t diss her back, he used her diss to get a deal with one of the biggest watchmakers in the world. I know a boss move when I see one.”

He didn’t diss her back, he used her diss to get a deal with one of the biggest watch makers in the world. I know a boss move when I see one

I too have a Casio. I can confirm this. And it has a light.

Bro ditched her for a girl 20 years younger then turned her diss on her lmao.

This actually is the most disgraceful way to present your argument, knowing fully what you have done. Always knew he was shameless on the pitch, but the qualities have continued off the pitch as well.

There’s no doubt Shakira loves doing charity. First he helped him out with rakuten and the Davis cup, and now he has a Casio sponsorship thanks to her. Good for him.

Sounds exactly like what someone who just reached an agreement with Casio would say about their product.

Although he has not said anything further, everyone is eagerly waiting for Shakira to reveal more details about the story. Until then, fans just have to keep their fingers crossed and see how this plays out.