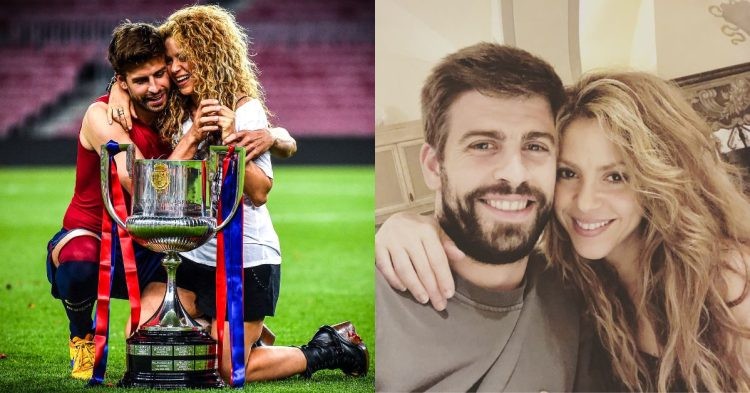 Gerard Pique has had an eventful week so far. A couple of days ago, he announced that he will be retiring from soccer altogether. He made his professional debut in 2008, with the English club Manchester United. It was a UEFA Champions League game against Wisła Kraków that United won 4-0. Apart from his professional life, Pique has had a major change in his private life as well.

As we all know, the former Barcelona star told the world that he will be splitting with pop star Shakira. She has attended many of his games at Spotify Camp Nou.

According to various reports, Gerard Pique cheated on Shakira with Clara Chia Marti. Many believe that was the major turning point in Pique and Shakira’s 12-year relationship. The former couple has two children, Sasha and Milan. The 45-year-old’s team released a statement a few months ago, “We regret to confirm that we are separating. For the well-being of our children, who are our highest priority, we ask that you respect our privacy.”

Shakira met Gerard in 2010. It was during the shoot of her iconic music video for the 2010 World Cup song “Waka Waka”. Their relationship is soon coming to an official end, according to reports from the Vanitatis magazine. It is believed that both of their lawyers have finally come to a mutual understanding for the sake of their clients.

A few weeks after they announced the break-up, reports emerged mentioning that neither party wanted a long and extensive trial. The pair reportedly had other reasons for breaking up too. Sources say that Shakira has been wanting to move to Miami with both of the children, which Pique does not agree with.

However, now that Gerard has retired just months after their split, that might change the chances of him being able to see his children. In addition to that, it will also affect the matter of custody when it comes to Milan and Sasha. Many believe that Shakira wants to put an end to the trial as soon as possible to move to the US.

Since announcing their split, Shakira has released a few songs, all of which have hit the top of the charts. It seems like the 45-year-old is choosing to focus on her career after ending a long relationship.