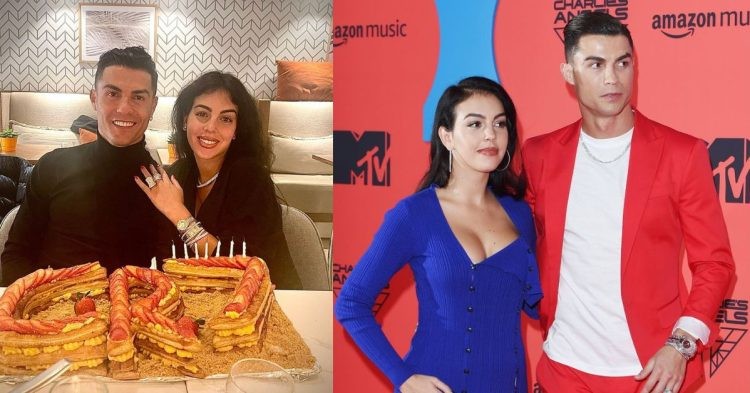 Cristiano Ronaldo has found himself in the headlines once again amidst rumors of breaking up with Georgina Rodriguez. According to sources, Ronaldo might break up with his current girlfriend and mother to his children, Georgina. To add fuel to the fire, Cristiano Ronaldo’s DMs to a girl in 2015 have been revealed which has caused a new controversy.

Cristiano Ronaldo and Georgina Rodriguez are one of the most popular celebrity couples in the soccer world. The pair met in 2017 at a Gucci store where Georgina used to work. However, the couple seems to have hit a few bumps in the road. Although on social media, their relationship looks to be picture-perfect, in reality, that’s not the case.

Moreover, a recent video that was gone viral all over the Internet has also disrupted Ronaldo’s personal life. A YouTube video that was posted earlier this month, has a woman claiming that she rejected the legendary Portuguese soccer star.

Popular YouTuber Sneako recently posted a video where a woman talked about how Cristiano Ronaldo texted her on her Instagram. However, the identity of the woman is not yet known. The woman revealed that the former Real Madrid soccer star hit her up on Instagram back in 2015. Allegedly, the first DM that Ronaldo sent the woman was a picture of himself leaning on a car.

Apparently, Ronaldo follows the woman on Instagram. However, when Sneako insisted the woman on showing her chat with the soccer star, she seemed reluctant. She said, “No…I don’t want to embarrass him, honestly.”

Sneako, upon further reading her chat, revealed how the woman left Ronaldo on seen on several occasions. Sneako also went on to the extent of saying that this was the reason why Ronaldo lost in the FIFA World Cup 2022.

Amidst the controversial YouTube video, Ronaldo’s personal life is also in turmoil. As per reports from Marca, there has been tension brewing between Ronaldo and his girlfriend, Georgina Rodriguez. There have been claims on the TV show, Socialite, that the relationship between the pair is still existing simply because of the benefits that the two get from each other, and for the sake of their status as celebrities.

Cristiano Ronaldo and Georgina in a restaurant in Riyadh.pic.twitter.com/BkOpqa8WSK

There have also been reports that the tensions between the couple started after Portugal and Ronaldo’s dismal World Cup 2022 campaign. Apparently, the loss has led to the delay of the couple’s wedding.

Moreover, Ronaldo’s recent move to Al-Nassr in Saudi Arabia has not been supported by Georgina. Ronaldo’s move has allegedly estranged Georgina from her friends and family. However, neither Ronaldo nor Georgina has addressed these rumors.