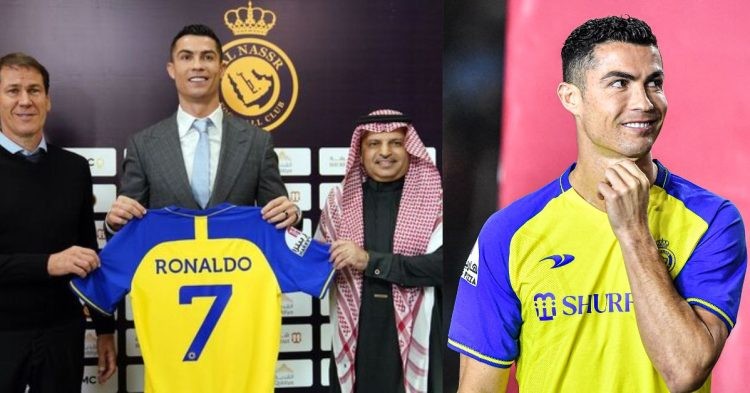 Cristiano Ronaldo’s mega-move to Al-Nassr has once again brought the Portuguese star into the spotlight. There have been several outrageous claims regarding Ronaldo‘s contract ever since the former Juventus forward joined the Saudi Arabian club. However, as Cristiano Ronaldo gears up to face PSG in a friendly match, Al-Nassr has cleared out one of the confusions regarding Ronaldo’s contract.

Cristiano Ronaldo’s move to Al-Nassr is probably the biggest move, in terms of salary, in the history of soccer. The Portuguese veteran is set to earn over $200 million annually during his stay at the club. Obviously, the details of a player’s contract with his or her club are confidential and not revealed to the media. However, the magnitude of this deal has attracted a lot of rumors, most of which are farcical in nature.

There were rumors of a clause in Ronaldo’s contract that will allow him to make a move to Newcastle if the team qualified for the Champions League in the next season. Before his move to Saudi Arabia, it was well-known that Ronaldo was desperate to still play in Europe’s elite competition. Since both clubs are owned by the Public Investment Fund of Saudi Arabia, a switch could be possible.

Eddie Howe on reports Newcastle can sign Ronaldo on loan if they qualify for the Champions League:

“We wish Cristiano all the best in his venture but there is NO TRUTH in that from our perspective.” pic.twitter.com/8MpfElFCBE

However, these rumors were quashed by Newcastle’s manager Eddie Howe. According to sources from the Mirror, Eddie was asked about the former Manchester United star’s possible loan move to the English club if they qualified for the Champions League next season. Eddie replied, “there is NO TRUTH in that from our perspective.” Eddie Howe’s latest response seems to have permanently ruled out a way back to the elite European competitions for Ronaldo.

The last few years have seen an increased Saudi Arabian push into various sports like soccer, F1, and tennis. Most recently, Saudi Arabia is planning to bid for hosting the 2030 FIFA World Cup. A number of countries across different continents have already submitted their bids to FIFA. South American countries like Argentina, Uruguay, Paraguay, and Chile have submitted a joint bid. From Europe, Spain, Portugal, and Ukraine have submitted their joint bid.

Saudi Arabia is next in line, considering teaming up with Egypt and Greece to submit their joint bid. The window to submit the bids have opened up last year, and the winner will be announced at the 74th FIFA Congress in 2024. Therefore, after his move to Al-Nassr, there were rumors that according to a clause in his contract, Ronaldo had to support Saudi’s World Cup bid.

The rumors are understandable since after his move, Ronaldo is the biggest sporting personality currently in Saudi Arabia. However, Al-Nassr has cleared out all the confusion regarding this. They put out a statement yesterday denying the presence of any such clause. They said, “Al Nassr FC would like to clarify that contrary to news reports, Cristiano Ronaldo’s contract with Al Nassr does not entail commitments to any World Cup bids.“

Al Nassr FC would like to clarify that contrary to news reports, Cristiano Ronaldo’s contract with Al Nassr does not entail commitments to any World Cup bids.

His main focus is on Al Nassr and to work with his teammates to help the club achieve success.

The club further reiterated that Ronaldo’s job was only to help the club on the pitch, and not off it. Although there has not been any statement from Ronaldo, this statement seems to have put the rumors to rest for good.