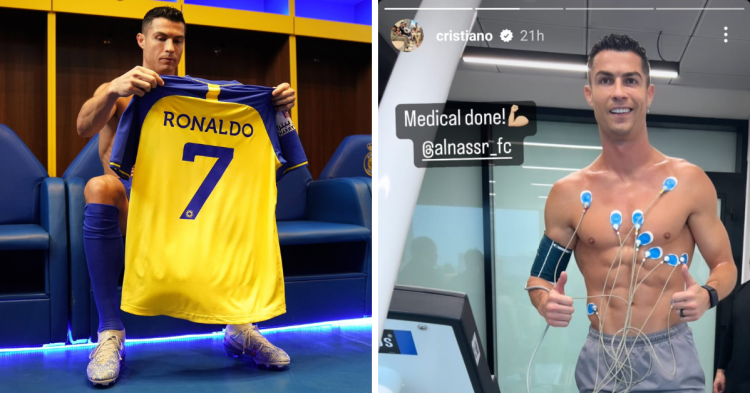 Cristiano Ronaldo is in a rush to debut for Al-Nassr on Thursday. The 37-year-old signed with the Saudi Arabian club as a free agent in November following his exit from Manchester United by mutual agreement. Reports indicate that he is earning a mammoth $214 million annually, making him the highest-paid footballer in the world.

Al-Nassr has not yet declared when Ronaldo will first take to the pitch, but he is able to play in the clash against Al-Tai, having successfully passed the required medical test. Supporters of the club will be eager to see the ex-Real Madrid star in action much sooner than January 21, when the team’s next home game is set to take place.

Al-Nassr has one of the most formidable collections of players in the league, including captain Vincent Aboubakar from Cameroon, former Brazilian international Luiz Gustavo, ex-Arsenal goalkeeper David Ospina, and Brazilian forward Talisca, the top scorer in the division. Since the recent events with Cristiano Ronaldo, however, the veteran striker is now the center of attention at the club.

Ronaldo finalized a lucrative transfer to Saudi Arabian team Al-Nassr on Friday, which is an important milestone for Middle Eastern football and will mean one of Europe’s most popular players will no longer play at an elite level.

The 37-year-old Ronaldo stands to gain a large sum of money from what could be the last contract of his career. According to media sources, the Portuguese soccer star might be making as much as $200 million a year, which would be a record for any player in the sport.

Cristiano Ronaldo to sign a 2.5 year contract potentially worth $200M per season with Saudi Arabian side Al Nassr, per @Marca pic.twitter.com/EMl9o99JQp

After his contract had been brought to an end by Manchester United following a controversial television interview where he expressed his dissatisfaction with manager Erik ten Hag and the club’s owners, Ronaldo was left as a free agent. This was due to him being omitted from the squad and even suspended by the team in the past.