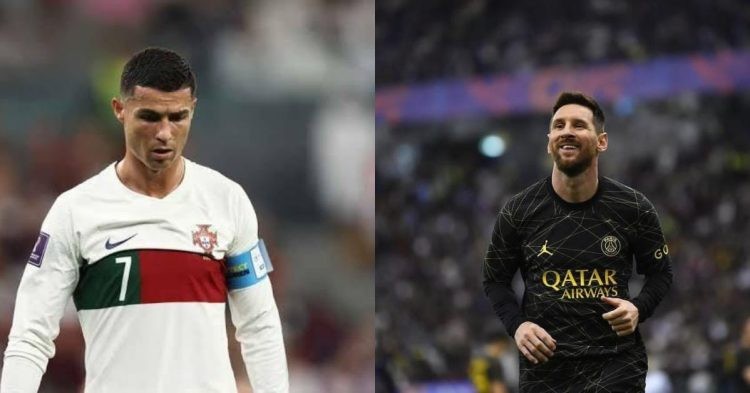 Cristiano Ronaldo and Lionel Messi have offered us, soccer fans an unmatchable rivalry. Both of them have performed at peak of their prowess for more than 15 years now. They are at the opposite end of their playing careers, but still, it wasn’t enough to stop them from entertaining us. However, Lionel Messi’s PSG came on top in what could possibly have been Messi and Ronaldo’s final meeting.

The last dance was special 🐐 pic.twitter.com/23OGpULTAm

Cristiano Ronaldo moved to Saudi Arabia earlier this month after spending more than a month as a free agent. Al-Nassr offered the Portuguese a $214 million per year salary to make him the highest-paid soccer player ever. However, Al-Hilal’s plan to sign Lionel Messi can change that.

Ronaldo however had to sit out the first two matches to serve a two-match ban he received back in his Manchester United days. But in the meantime, a friendly match was announced between PSG and the Al-Nassr/Al-Hilal combined team on 19th January. And Ronaldo was eligible to make his Saudi debut playing against his arch-rival Lionel Messi. It just could have not been any better.

Although Ronaldo was eligible for selection, there were enough doubts about him actually playing. Soccer fans felt relieved when Ronaldo was named to the starting XI. Galtier didn’t treat the match as friendly as well. He named a very strong team with his best attackers upfront.

So happy to be back on the pitch, and on the score sheet!! And nice to see some old friends!👍🏼 pic.twitter.com/qZqKGHsrVD

Messi and Ronaldo had their 35th and probably the final meeting yesterday. They always had a good friendship between them and they showed it by greeting each other at the start of the match. After the match, Ronaldo posted a picture with Messi captioning, “So happy to be back on the pitch, and on the score sheet!! And nice to see some old friends!” and referring to Messi as an ‘old friend.’

The match delivered every bit of entertainment. Neither team treated this match as friendly. Al-Nassr David Ospina was a very big miss in goal, he is out with an elbow injury. Messi, Ronaldo, and Mbappe are considered the scariest forward line in the world at this moment.

PSG’s full-strength team started the match really well. They opened the scoreline through a Lionel Messi goal, assisted by Neymar.  PSG dominated the match until Keylor Navas took down Ronaldo inside the box. And the Portuguese did no mistake slotting the ball past his former teammate. Marquinhos again put the visitors up front with a Mbappe assist.

Ronaldo again showed his deadly instincts deep into the first half and made it 2-2. The second half started brilliantly with goals from Sergio Ramos and Jang Hyun-Soo. Ronaldo and Messi both were taken off around the 60th minute of the match, much to the audience’s dismay.

CRISTIANO RONALDO IS NAMED MAN OF THE MATCH! 🏆 pic.twitter.com/8gU16JEicL

The match ended 5-4 in favor of the French Champions, after bags of entertainment provided by the two teams. Although PSG won the match, it was Cristiano Ronaldo who won the best player in the match after scoring two goals.