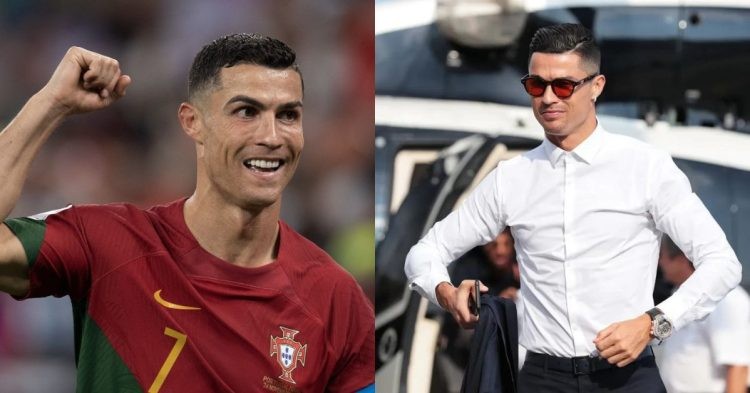 Cristiano Ronaldo is one of the richest footballers on the planet. In the summer, he received an offer from Saudi Arabia which he said he had rejected because he was happy at Manchester United. Others believe there was an inkling that Ronaldo wanted to leave after United failed to qualify for the Champions League. He did reject the Middle East team’s bid as he wanted to play in elite European competition.

But… big part is sponsor deals, so it’s not clear yet if image rights can be agreed.

But after his departure from Manchester United, Ronaldo seems to be close to joining Al-Nassr. The Saudi Arabian club is set to make him the highest-paid player in the world. However, it seems like Ronaldo is looking for options in Europe first. But if no offer arises Ronaldo will go to Saudi Arabia.

How long will Cristiano Ronaldo’s deal with Al-Nassr last?

Ronaldo would start the 2023-24 season with Al-Nassr. It is a two-year deal, which means it would last until 2025. Ronaldo would be 40 at the time, the age he said in his interview he would want to retire at. Ronaldo’s controversial and turbid time at Manchester United came to an end a few days before his World Cup campaign started.

This, however, has not hampered Ronaldo’s World Cup campaign. He has already scored a goal in the competition, and played a part, whether he touched it or not, in a goal against Uruguay. Portugal has qualified for the knockout stages. But they would want to beat South Korea for momentum going into the round of 16, and also to secure the top spot in their group.

How much money will Ronaldo add to his net worth with the Al-Nassr deal?

Ronaldo’s deal at Al-Nassr would be worth around $206 million per season until 2025. This is worth almost $4 million per week. There is a lot of ambiguity surrounding the deal although. Ronaldo’s playing wages are only a part of the full deal. His lawyers will be involved in matters surrounding advertising and imaging rights. The latter will constitute the bulk of Ronaldo’s salary.

In comparison to Ronaldo, the salary of players in Europe would be dwarfed. Even Kylian Mbappe’s huge contract at PSG, which shocked the world, would be less than half of Ronaldo’s salary. Lionel Messi’s $1.4 million per week salary is nothing compared to Cristiano’s.